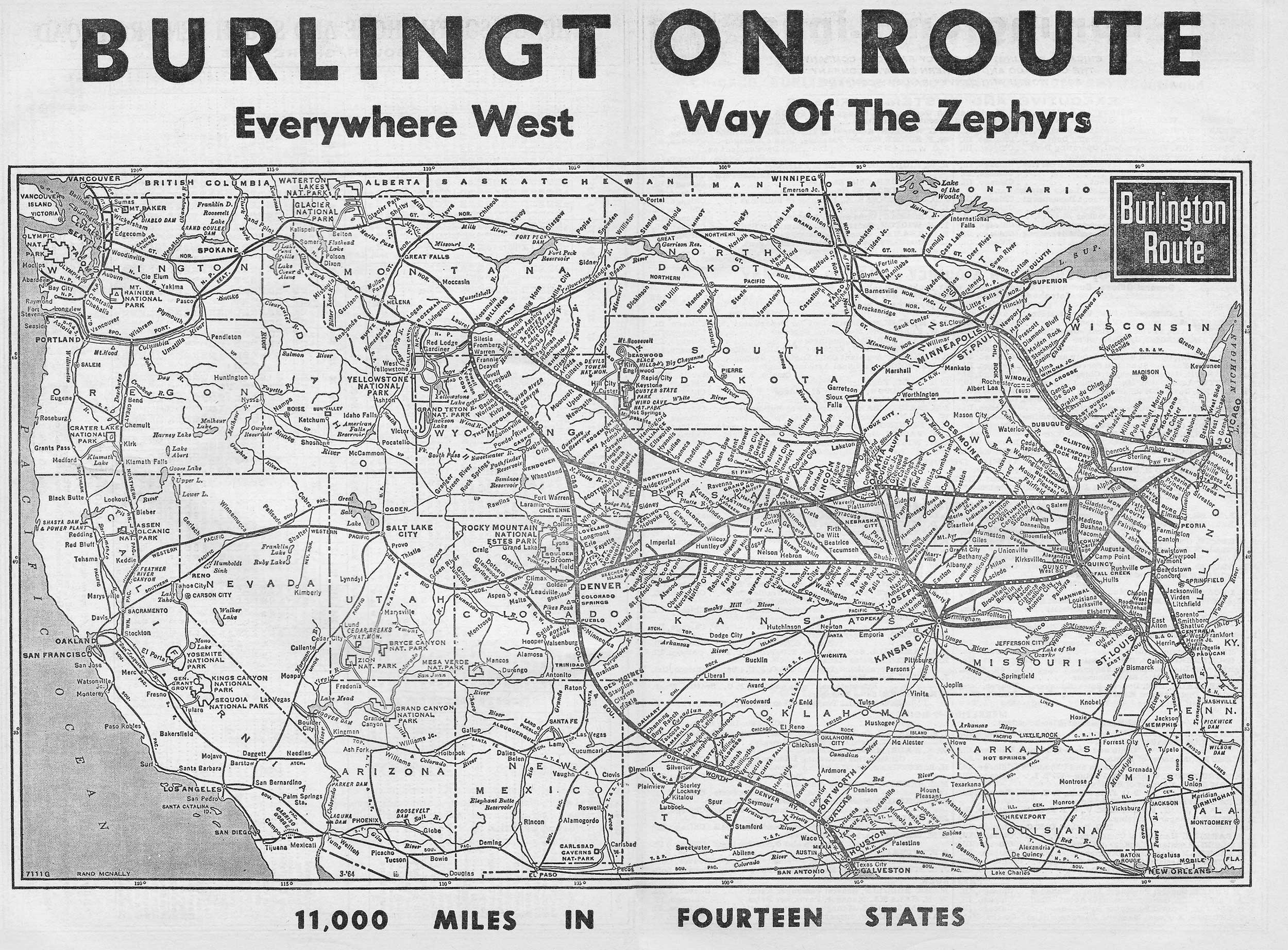 Company History: The Chicago, Burlington and Quincy Railroad (reporting mark CBQ) was a railroad that operated in the Midwestern United States. Commonly referred to as the Burlington or as the Q, the Burlington Route served a large area, including extensive trackage in the states of Colorado, Illinois, Iowa, Kentucky, Missouri, Montana, Nebraska, Wisconsin, Wyoming, and also in New Mexico and Texas through subsidiaries Colorado and Southern Railway, Fort Worth and Denver Railway, and Burlington-Rock Island Railroad.[citation needed] Its primary connections included Chicago, Minneapolis-St. Paul, St. Louis, Kansas City and Denver. Because of this extensive trackage in the midwest and mountain states, the railroad used the advertising slogans "Everywhere West", "Way of the Zephyrs", and "The Way West". It merged into Burlington Northern in 1970.