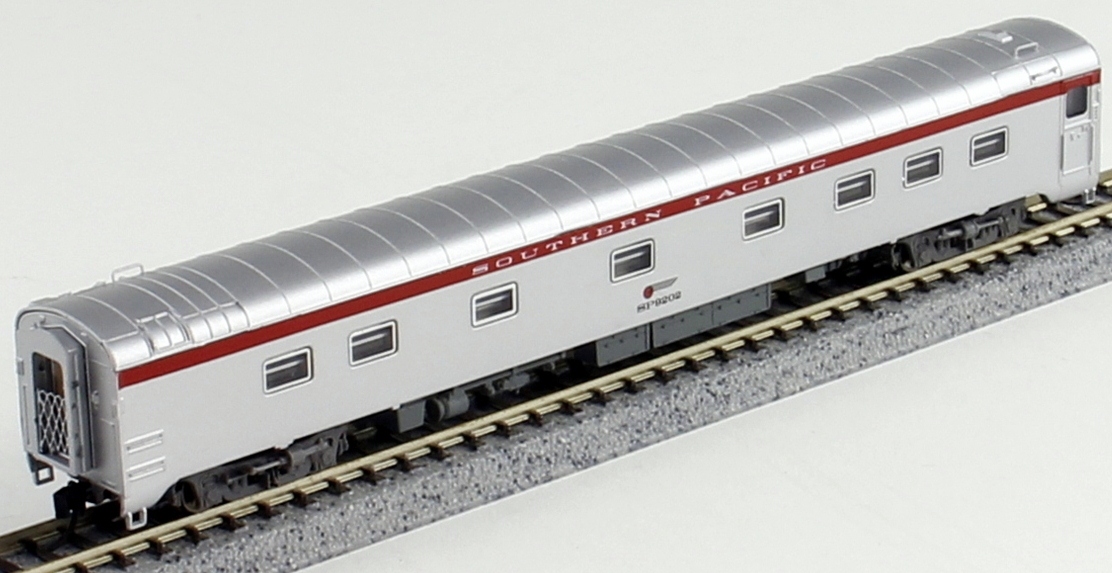 Model Information: The Rapido Trains Inc. Lightweight Coach is a versatile, high capacity day coach designed to satisfy the needs of your local and long-distance passengers on budget. Each car features panoramic windows, three restrooms and comfortable seats with winged headrests. There is ample luggage space above the seats and in the luggage rack added to the B end of the car. The vestibule features non-skid textured flooring so your passengers won?t hurt themselves when entering or leaving your train.

The Lightweight Coach was originally a CN design, and it is similar to cars used throughout North America. It is painted in a variety of paint schemes ? if your favorite railroad had a smooth side coach with large windows, chances are we?ve painted our coach in your colors. It is available with partial skirting or with fixed steps, as appropriate.