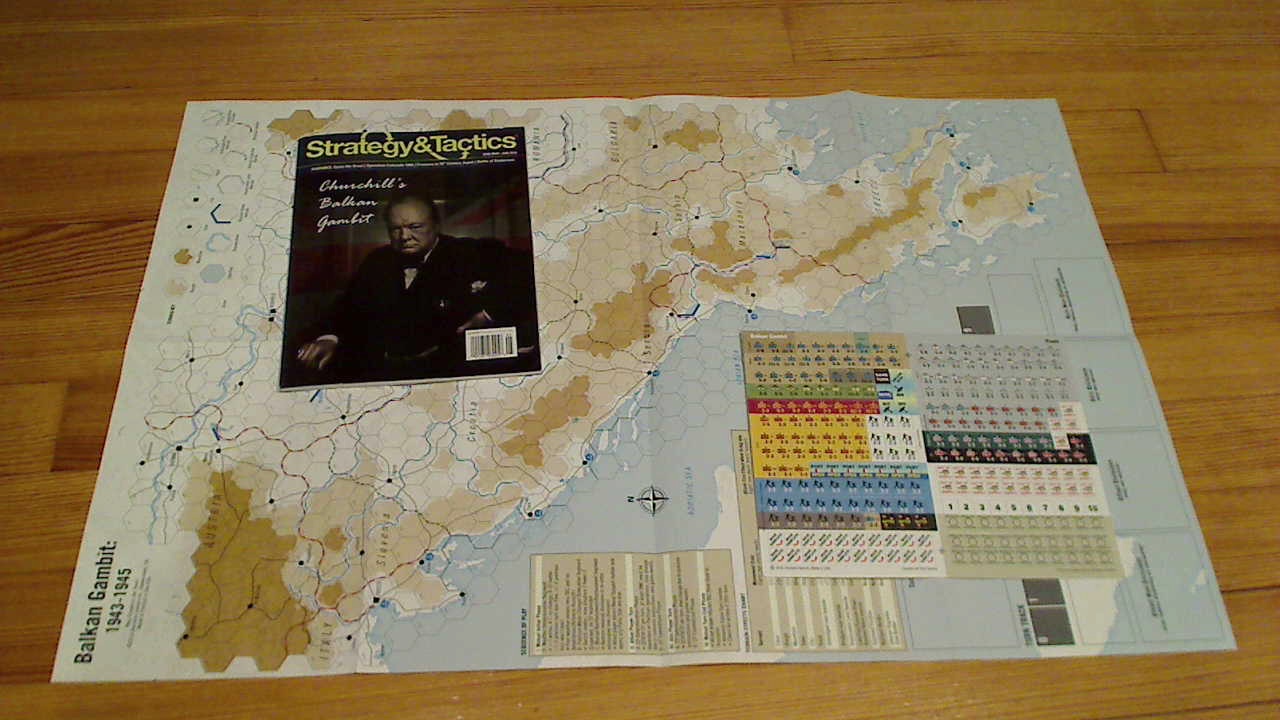 
Description: Balkan Gambit is a military simulation exploring the alternative-historical premise that the Allied powers have chosen to invade Southern Europe via Greece, Albania and Yugoslavia in the latter half of World War II.

Each hex represents 20 miles and each game turn represents 2-5 days (depending on scenario). Ground units represent brigades and divisions.