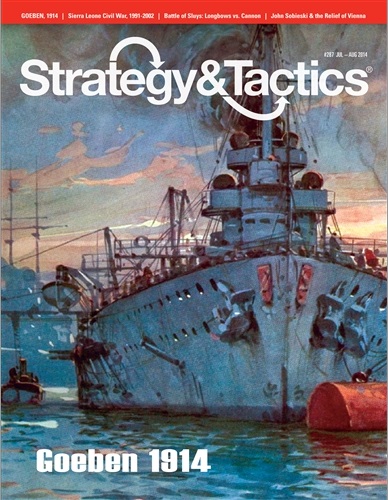 
Description: This solitaire game allows the player to take the role of the SMS Goeben, a German Battlecruiser in WW I. The Goeben and the SMS Breslau made an epic voyage through the Mediterranean Sea at the start of the War. Each turn represents one day and the navigation points on the map are approximately 100 miles apart.