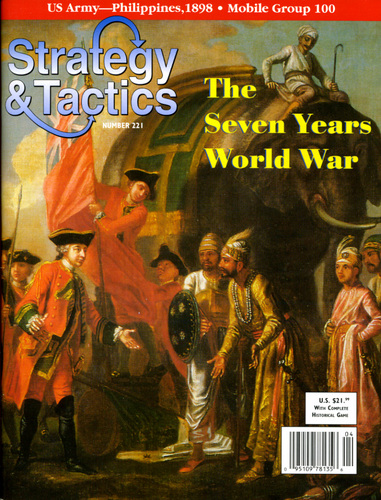 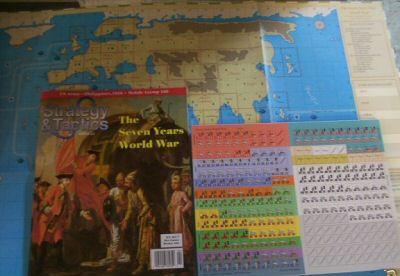 
Description: A simulation of the Seven Years War of 1756 - 1763. A game for two to four players. Players choose a game of 7 turns frunning from 1756 - 1757 or from 1762 - 1763. Each player controls a coalition of one or more major powers based on which schario they choose and how many players are participating. The game map shows the entire world as it looked in the late 18th century.