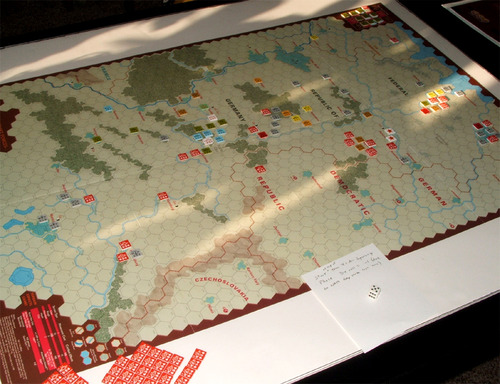 Group of Soviet Forces in Germany


Description: An updated version of SPI's NATO: Operational Combat in Europe in the 1970's. It is a two-player alternative history game intended to examine what could've happened during the first month of fighting had the Soviets opted to invade Germany during the Cold War. An assumption is made that the invasion would've been executed without lengthy preparation or forewarning.