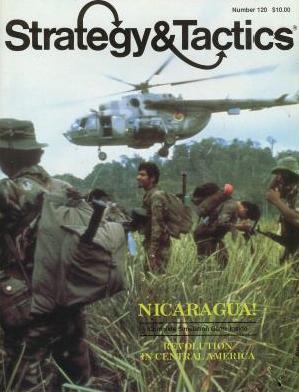 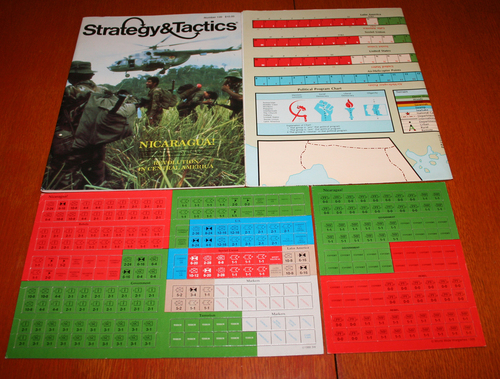 
Description: This game is a simulation of the guerrilla warfare that has been a way of life in Central America for years. Although the game is set in Nicaragua and portrays the Somoza vs. Sandinista vs. Contra conflicts, it does not attempt to simulate those events in minute detail ... Nicaragua! shows how modern revolutionary warfare works. The game involves both military and political struggles and includes such decisive factors as intelligence operations and propaganda. In the game, one player assumes the role of the Government, the other player is the Rebel. Each uses his political forces to gain popular and foreign support, raise forces, and demoralize the enemy. Each uses his military forces to hunt down and neutralize or eliminate his opponent ... Players must be able to manipulate both military and political forces in order to win.


Notes: A simplified version of the rules by the designer can be found in the above rules link.