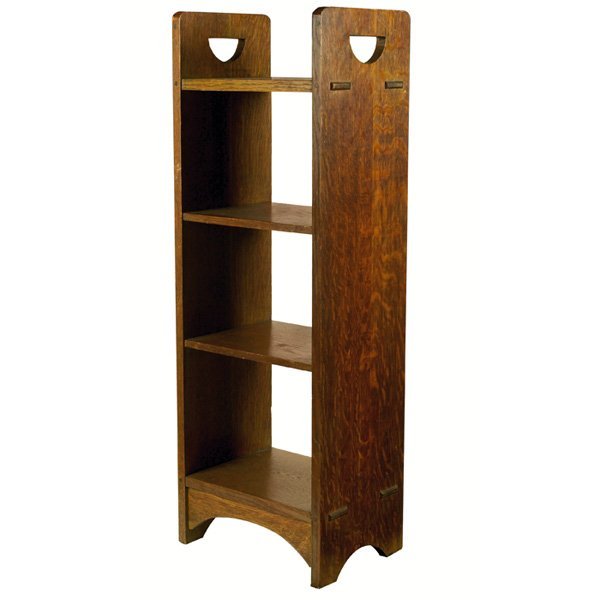 Magazine stands are built with multiple shelves to hold magazines, newspapers, or books. Designs are simple with little embellishment to accentuate the mission style influence.