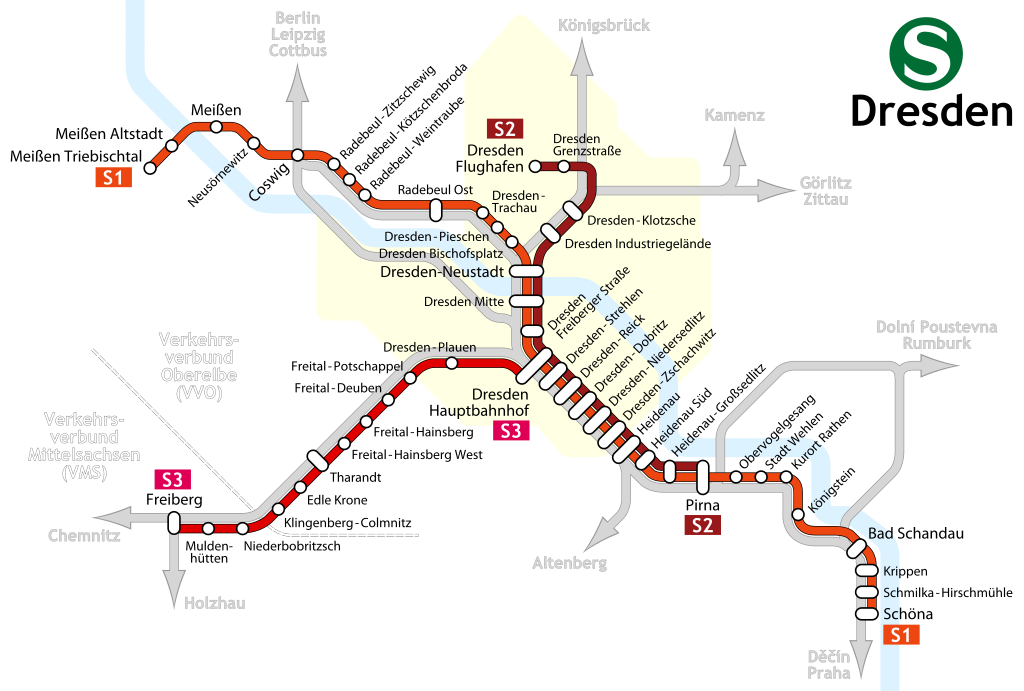 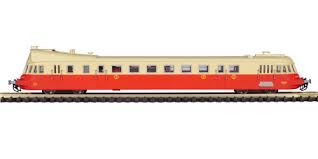 Company History: The Dresden S-Bahn is a network of S-Bahn-type commuter train services in Dresden and the surrounding area. It is commissioned by Verkehrsverbund Oberelbe (VVO) from DB Regio Verkehrsbetrieb SÃ¼dostsachsen and currently consists of three services operating over a 127.7 km-long network.

The S-Bahn fare structure was introduced on a series of suburban railway lines on 29 September 1974. The term "S-Bahn" has only officially been used for the system since 31 May 1992. Since 24 May 1998, VVO fares have been valid for the S-Bahn Dresden. Outside of Dresden, it runs to the centres of Freital, Meissen, Pirna, Radebeul and since 9 December 2007 also to Freiberg. All lines stop at Dresden Hauptbahnhof.

According to data from the Deutsche Bahn, the Dresden S-Bahn is the S-Bahn with the highest customer satisfaction in Germany.