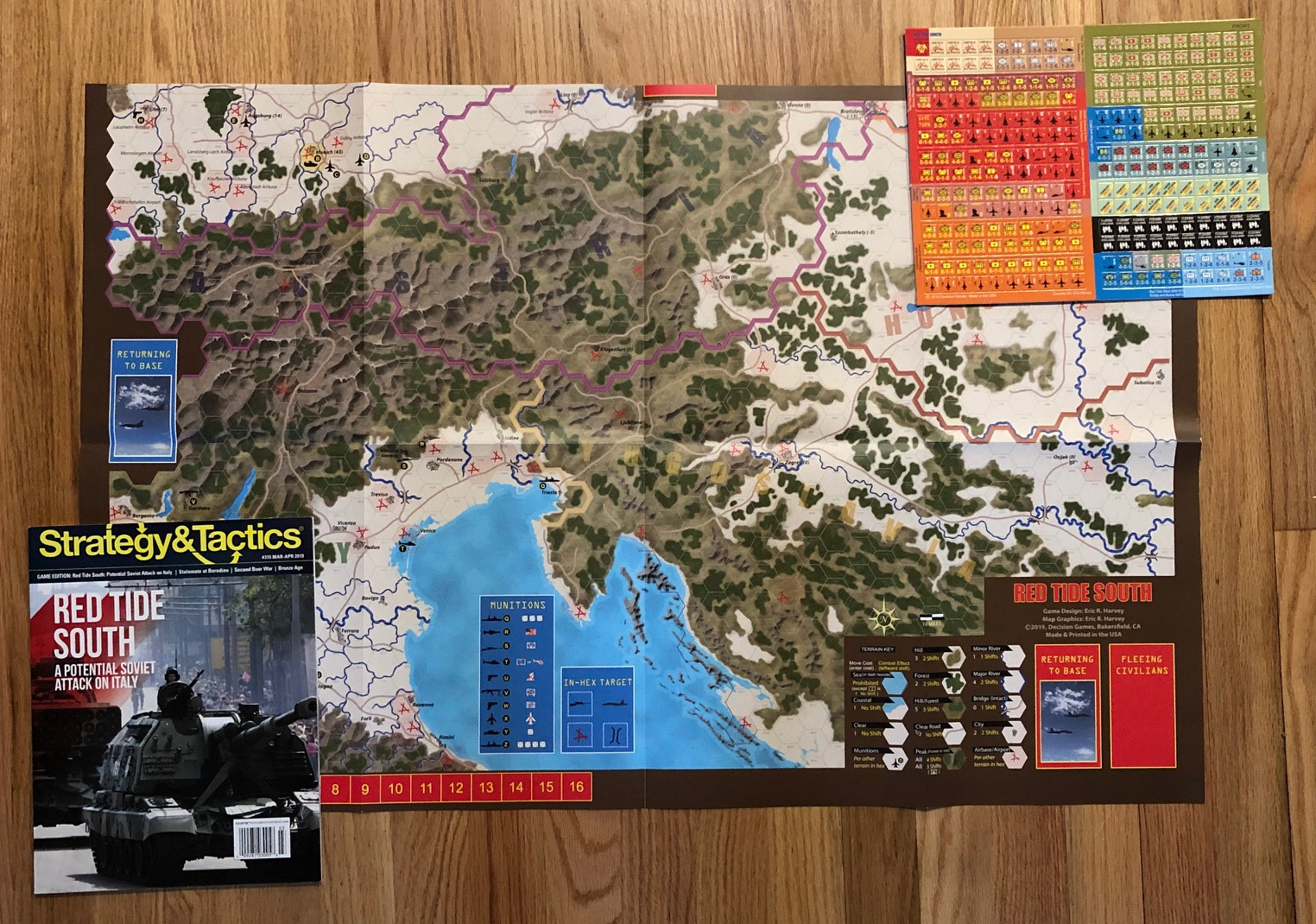 Description: Red Tide South is a two player game set in the Cold War in 1980s. The game simulates a hypothetical Soviet-led attack on Italy. Joining the Soviets are forces from Hungary and Czechoslavakia. On the defense you have Italy, Austria, France and the United States.