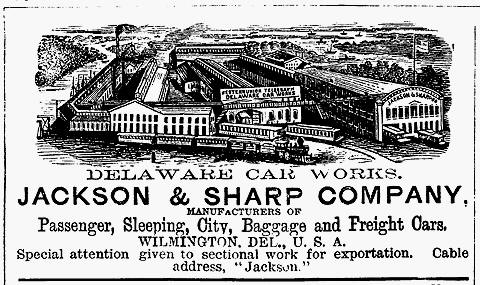 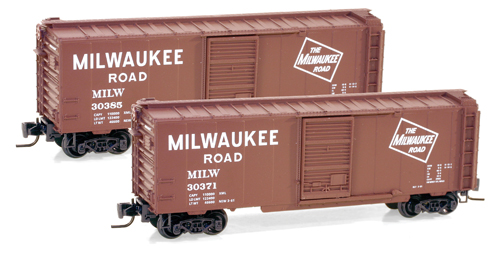 Company History: The Jackson and Sharp Car Company, a manufacturer of railroad passenger cars, street railway cars, and ships, was incorporated in Delaware on February 24, 1869, as the successor to the partnership of Jackson & Sharp. Job H. Jackson (1833 1901), a tinsmith and mechanic, and Jacob F. Sharp (ca. 1815 1888), an experienced car builder, opened a small car building shop in Wilmington, Delaware, in 1863. Wilmington was a major center for the manufacture of railroad passenger cars prior to the development of Pullman, Illinois, in 1881. Sharp retired from the business in 1870. Soon after, Jackson erected the larger Delaware Car Works facility at the foot of 8th Street. A shipyard was added in 1875. By the late 1880s, the company was turning out about 400 cars per year, as well as sash work and panelling for buildings.In 1901, Job Jackson died and the company was acquired by American Car and Foundry, where it became their Wilmington Works.