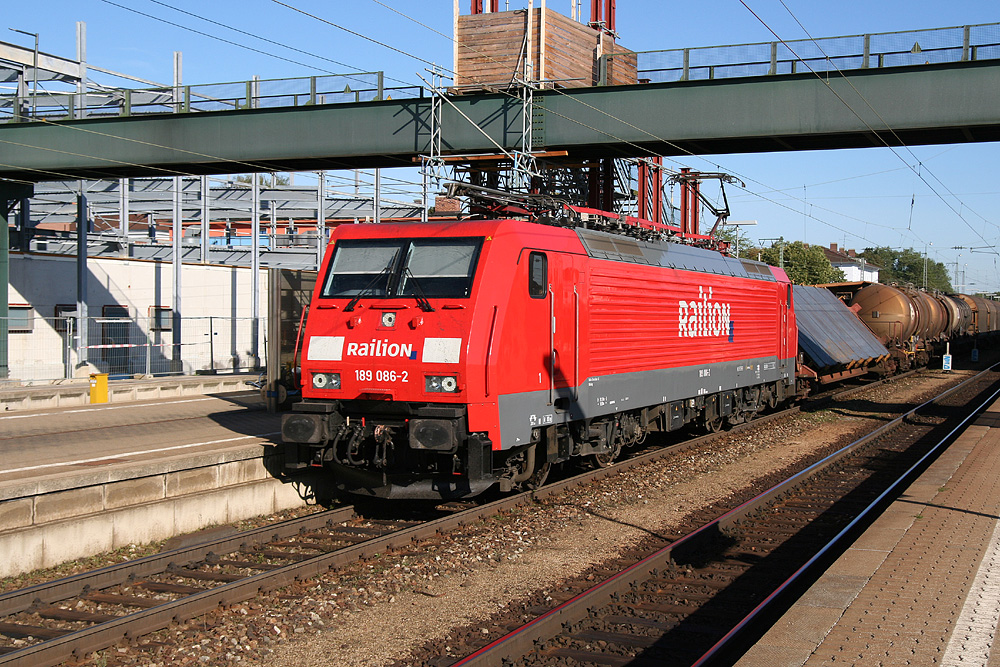 History: The EuroSprinter family of electric locomotives is a modular concept of locomotives for the European market built by Siemens. The internal Siemens product name is ES 64, with ES for EuroSprinter and the number 64 indicating the 6,400 kW power at rail. Additional information is given in the name on the usage (U as universal, P as prototype and F as freight) and on the number of electric power systems supported.

The ES 64 F4 is an electric freight locomotive with 6,400 kW (8,600 hp) power and a top speed of 140 km/h (87 mph), in Germany the reporting name is Class 189. It is also equipped for passenger service, but seldom used in that role. ES 64 F4 is equipped for all four electric systems commonly used in Europe (15 and 25 kV AC, 1.5 and 3 kV DC). Because limited space inhibits installation of all safety systems, Class 189 is equipped with various packages giving partial European coverage, e. g. Germany and Switzerland. The braking system includes an electrical energy recovery system.

From Wikipedia
Read more (in German) about ES64F4