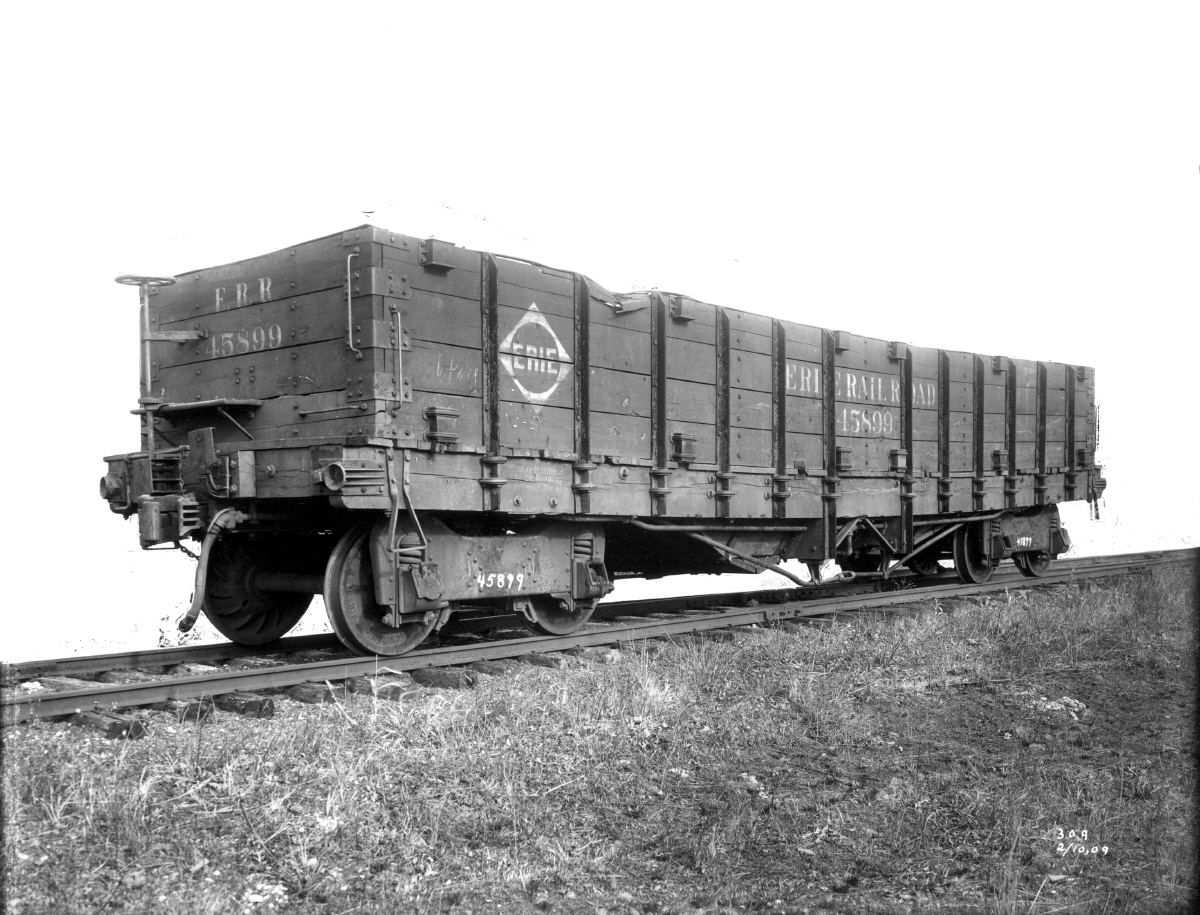 History: In US railroad terminology, a gondola is an open-topped rail vehicle used for transporting loose bulk materials. Because of their low side walls gondolas are also suitable for the carriage of such high-density cargoes as steel plates or coils, or of bulky items such as prefabricated sections of rail track. For weather-sensitive loads, these gondolas are sometimes equipped with covers.

Founded as U.S. Railway Equipment, or U.S. Railway Manufacturing, the name was changed to Evans Railcar Manufacturing in 1964. Evans Products Freight Cars built in the 1960's, 1970's, and 1980's were plentiful in the 1990's and many EP Freight Cars are still around. SIECO became one of their subsidiaries. Evans was purchased by GE Transportation sometime in the 1980s and transformed into a maintenance division.