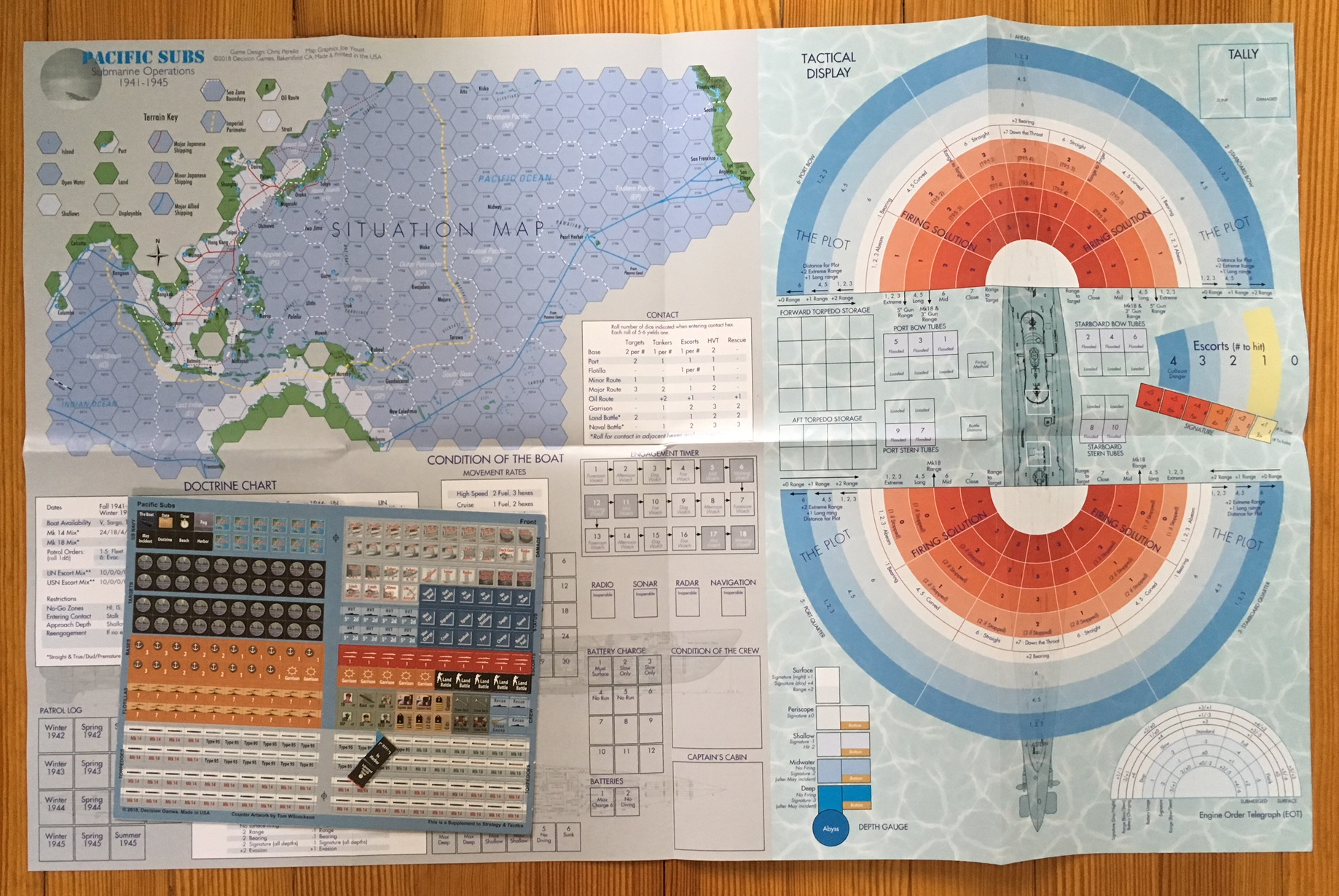 Description: This is a solitaire-only game where you take the role of either the captain of a United States Navy (USN) or Imperial Japanese Navy (IJN) submarine commander during the Second World War.


Notes: Germany's U-boats are better known, but the US Navy's submarine fleet achieved the greater victory, bringing the Japanese Empire to its knees by hollowing out its merchant fleet. In this solitaire game, you the player represent the skipper of a submarine. Your task is to conduct patrols against the Japanese by supporting the US fleets in combat, ambushing Japanese warships, carrying out covert operations in Japanese territory, and sinking merchant ships and tankers. You can conduct one of several individual patrols, or fight the whole campaign, with a goal of promotion to Captainâif you survive.