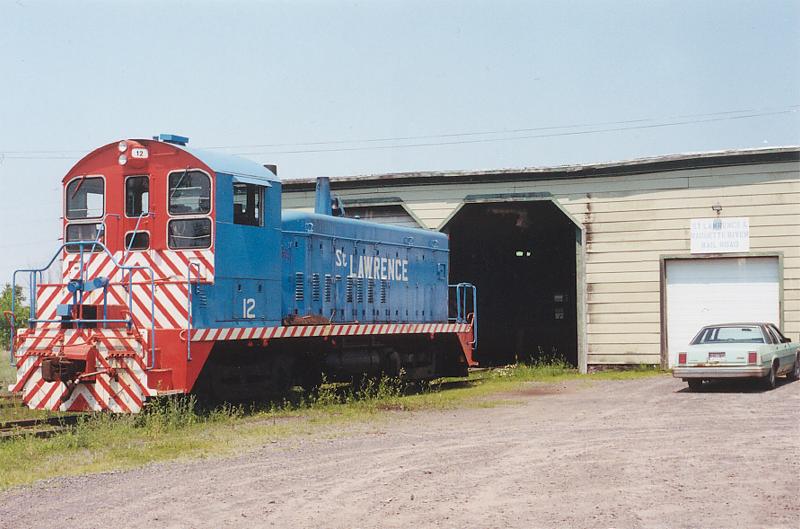 Company History: The St. Lawrence & Raquette River (Reporting Marks: SLRR & NSL) was a shortline railroad operating in upstate New York. It operated a freight service from Norfolk, New York south to Norwood where it connected with Conrail. The line then proceeded west to Ogdensburg for 31.2 miles. The line operated about 1,000 cars per year carrying salt, lumber, recyclables, paper, ore, kaolin, and lubricating oils.

The line from Norwood to Norfolk had its origins in the Norwood & St. Lawrence Railroad which had opened in January of 1909. The N&STL merged with the Raymondville & Waddington Railroad. The combined company was owned by the St. Regis Paper company which operated it until 1974, when it turned over the line to the Ogdensburg Bridge & Port Authority. The OB&PA later leased the line to the St. Lawrence & Raquette River.

The St. Lawrence & Raquette River was acquired by CSX Transportation which now operates it as a subdivision.