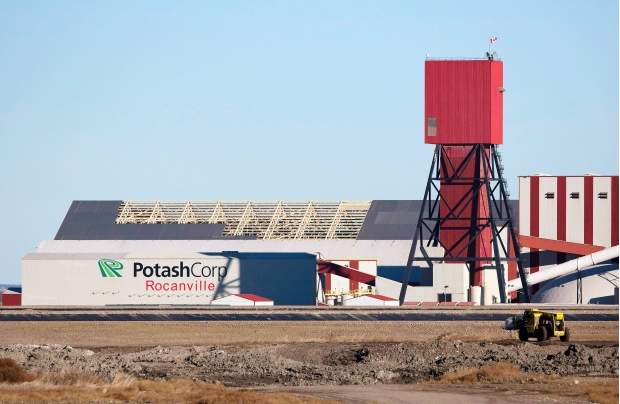 The company is a Canadian corporation based in Saskatoon, Saskatchewan. The company is the world's largest potash producer and the third largest producers of nitrogen and phosphate, three primary crop nutrients used to produce fertilizer. At the end of 2011, the company controlled twenty percent of the world's potash production capacity, two percent of nitrogen production capacity and five percent of phosphate supply. The company is part-owner of Canpotex, which manages all potash exporting from Saskatchewan. It also has a joint-venture with Sinochem named Sinofert. In late 2013, it was 60%-owned by institutional shareholders. In 2007, the CEO, William Doyle was by far the highest earning CEO in Canada, earning over $320 million.

Nutrien is the result of the 2017 merger between Potash Corp and Agrium. Nutrien produces and distributes over 26 million tonnes of potash, nitrogen and phosphate products for agricultural, industrial and feed customers world-wide. Combined with our leading agriculture retail network that services over 500,000 growers, we are well positioned to meet the needs of a growing world and create value for our stakeholders.