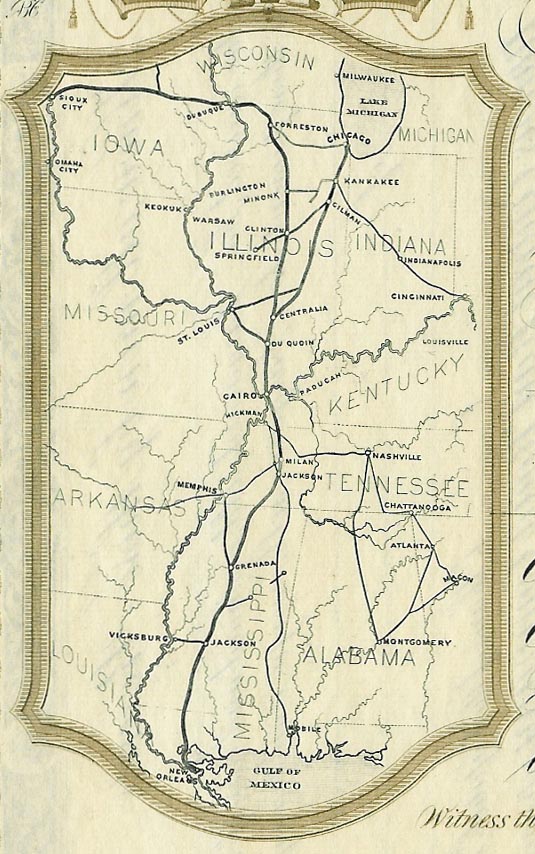 Company History: The Illinois Central Railroad (reporting mark IC), sometimes called the Main Line of Mid-America, was a railroad in the central United States, with its primary routes connecting Chicago, Illinois, with New Orleans, Louisiana, and Mobile, Alabama. A line also connected Chicago with Sioux City, Iowa (1870). There was a significant branch to Omaha, Nebraska (1899), west of Fort Dodge, Iowa, and another branch reaching Sioux Falls, South Dakota (1877), starting from Cherokee, Iowa. The Sioux Falls branch has been abandoned in its entirety.