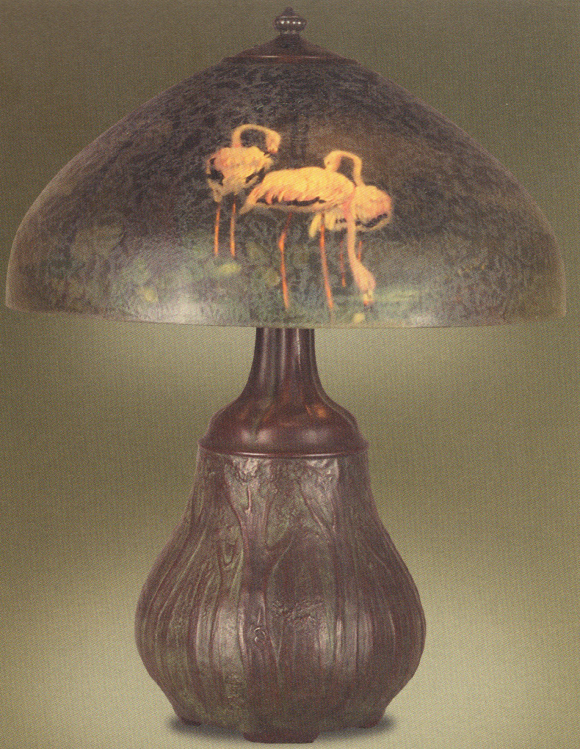 
Long Description: The Flamingo shade pictured displays three pink flamingos in a pond. The dark brown background is simple, drawing focus to the flamingos. The reverse side of the shade is also designed with a different set of two flamingos. The shade is on a bulbous base molded with a forest scene on four shaped feet.