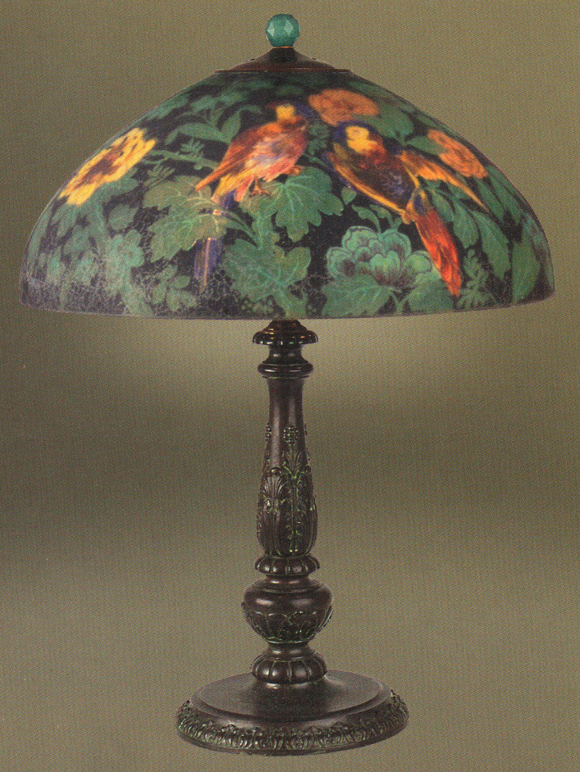 
Long Description: This parrot shade is one of Handel's most popular designs. The background of the shade is black with green foliage scattered on the entire surface. The design displays two parrots of blue, red, and yellow tones resting on the foliage with a few yellow or orange blossoms nearby. The base is heavily decorated with molded leaves and flowers along the candlestick design with a round foot.