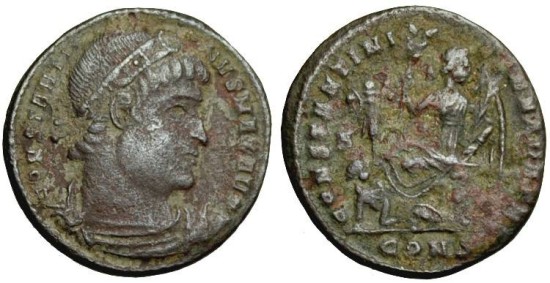 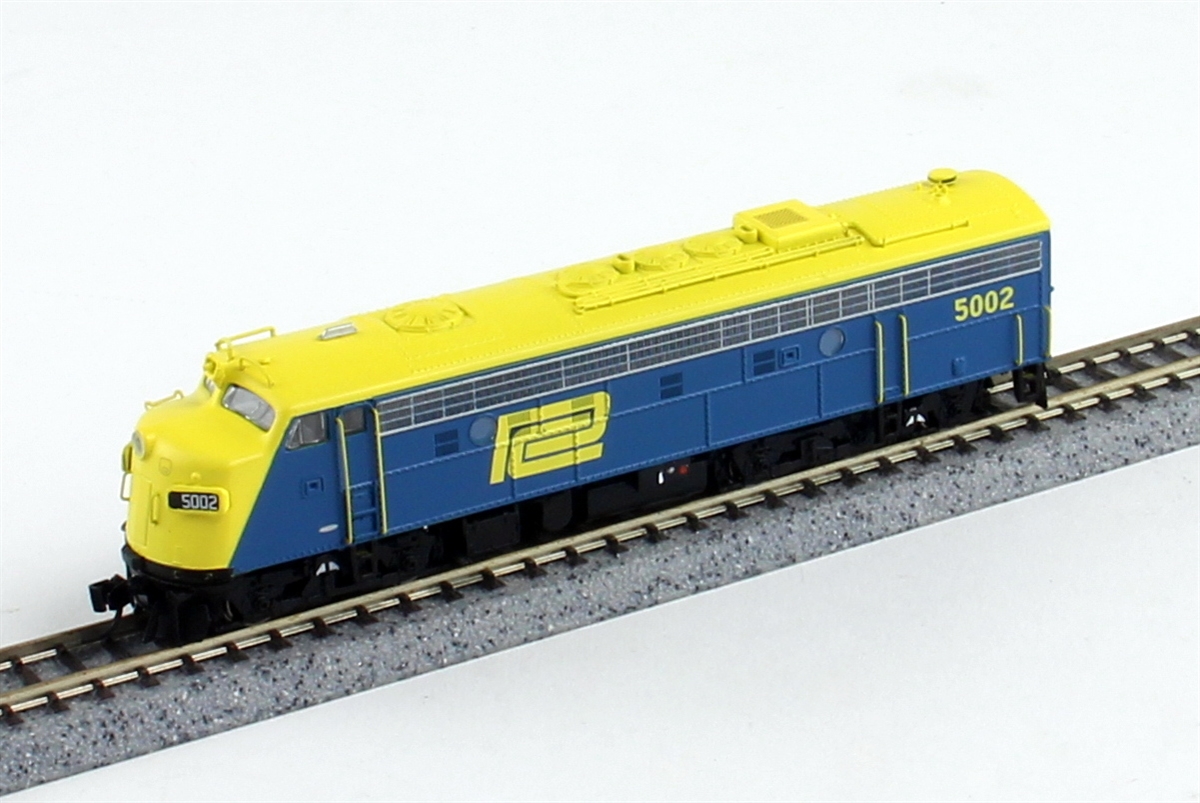 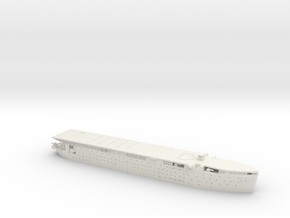 Obverse: Constantine the Great (Latin: Flavius Valerius Aurelius Constantinus Augustus; 27 February c. 272 AD - 22 May 337 AD), also known as Constantine I or Saint Constantine (in the Orthodox Church as Saint Constantine the Great, Equal-to-the-Apostles), was a Roman Emperor from 306 to 337 AD. Constantine was the son of Flavius Valerius Constantius, a Roman army officer, and his consort Helena. His father became Caesar, the deputy emperor in the west in 293 AD. Constantine was sent east, where he rose through the ranks to become a military tribune under the emperors Diocletian and Galerius. In 305, Constantius was raised to the rank of Augustus, senior western emperor, and Constantine was recalled west to campaign under his father in Britannia (Britain). Acclaimed as emperor by the army at Eboracum (modern-day York) after his father's death in 306 AD, Constantine emerged victorious in a series of civil wars against the emperors Maxentius and Licinius to become sole ruler of both west and east by 324 AD.

As emperor, Constantine enacted many administrative, financial, social, and military reforms to strengthen the empire. The government was restructured and civil and military authority separated. A new gold coin, the solidus, was introduced to combat inflation. It would become the standard for Byzantine and European currencies for more than a thousand years. The first Roman emperor to claim conversion to Christianity, Constantine played an influential role in the proclamation of the Edict of Milan in 313, which decreed tolerance for Christianity in the empire. He called the First Council of Nicaea in 325, at which the Nicene Creed was professed by Christians. In military matters, the Roman army was reorganised to consist of mobile field units and garrison soldiers capable of countering internal threats and barbarian invasions. Constantine pursued successful campaigns against the tribes on the Roman frontiers?the Franks, the Alamanni, the Goths, and the Sarmatians?even resettling territories abandoned by his predecessors during the turmoil of the previous century.

The age of Constantine marked a distinct epoch in the history of the Roman Empire. He built a new imperial residence at Byzantium and renamed the city Constantinople after himself (the laudatory epithet of "New Rome" came later, and was never an official title). It would later become the capital of the Empire for over one thousand years; for which reason the later Eastern Empire would come to be known as the Byzantine Empire. His more immediate political legacy was that, in leaving the empire to his sons, he replaced Diocletian's tetrarchy with the principle of dynastic succession. His reputation flourished during the lifetime of his children and centuries after his reign. The medieval church upheld him as a paragon of virtue while secular rulers invoked him as a prototype, a point of reference, and the symbol of imperial legitimacy and identity.[6] Beginning with the Renaissance, there were more critical appraisals of his reign due to the rediscovery of anti-Constantinian sources. Critics portrayed him as a tyrant. Trends in modern and recent scholarship attempted to balance the extremes of previous scholarship.

Constantine is a significant figure in the history of Christianity. The Church of the Holy Sepulchre, built on his orders at the purported site of Jesus' tomb in Jerusalem, became the holiest place in Christendom. The Papal claim to temporal power in the High Middle Ages was based on the supposed Donation of Constantine. He is venerated as a saint by Eastern Orthodox, Byzantine Catholics, and Anglicans.


Reverse: Victoria, in ancient Roman religion, was the personified goddess of victory. She is the Roman equivalent of the Greek goddess Nike, and was associated with Bellona. She was adapted from the Sabine agricultural goddess Vacuna and had a temple on the Palatine Hill. The goddess Vica Pota was also sometimes identified with Victoria. Victoria is often described as a daughter of Pallas and Styx, and as a sister of Zelus, Kratos, and Bia.

Unlike the Greek Nike, the goddess Victoria (Latin for "victory") was a major part of Roman society. Multiple temples were erected in her honor. When her statue was removed in 382 CE by Emperor Gratianus there was much anger in Rome. She was normally worshiped by triumphant generals returning from war.

Also unlike the Greek Nike, who was known for success in athletic games such as chariot races, Victoria was a symbol of victory over death and determined who would be successful during war.

Victoria appears widely on Roman coins, jewelry, architecture, and other arts. She is often seen with or in a chariot, as in the late 18th-century sculpture representing Victory in a quadriga on the Brandenburg Gate in Berlin, Germany; "Il Vittoriano" in Rome has two. Nike or Victoria was the charioteer for Zeus in his battle to over take Mount Olympus


Denomination: We really don't know the names by which the Romans called their copper/bronze denominations. Frequently they are simply known by their size (e.g.: AE19 for 19mm copper/bronze coin). A further simplification can be made by stating "approximate" size codes. AE2 refers to 21-25mm. AE3 refers to 17-21mm and AE4 refers to coins smaller than 17mm. Coins larger than 25mm are pretty rare so there is no code for them. Coins smaller than 17mm (AE4's) are pretty common and often poor strikes.

For purposes of this database, if we know a coin is specifically As or a Follis, we state it. Otherwise we lump all the AE's into one category 'AE' which means we don't know what it is but it had the approximate value of an As or a Follis.