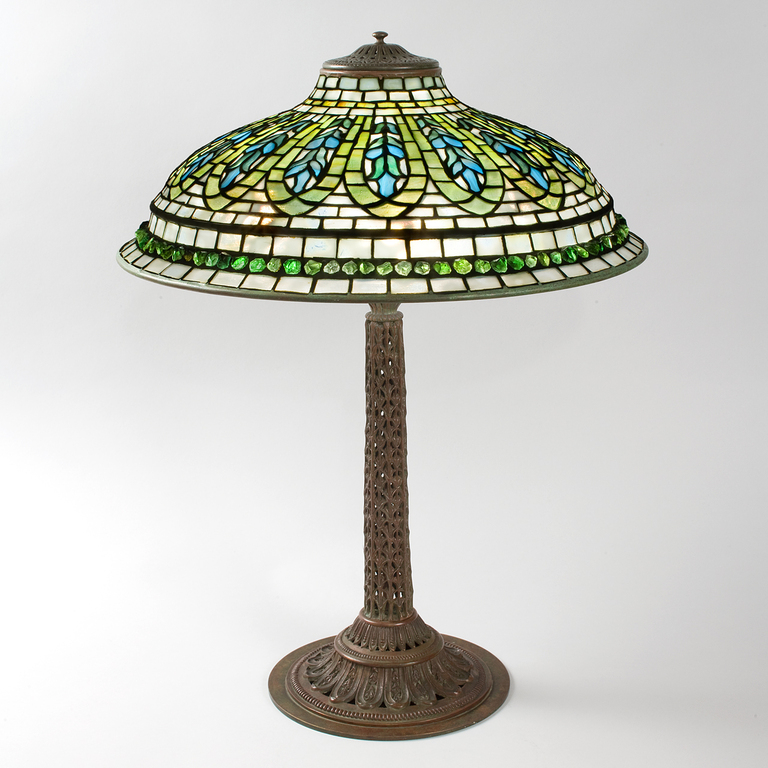 
Long Description: This gentian lamp has a chimneylike shade, the aperture is narrow while the shade flares at the bottom border. The chimney is formed by four horizontal rows of glass pieces of a white tone. The main design begins below the chimney structure with floral blue stalks enclosed in a Gothic green arch. The flaring apron has three rows, the outer rows made of white toned glass while the center row is a band of green gems. The base also consists of floral stalks and Gothic arches as seen on the stem and platform. The octagonal stem is made of bronze openwork.