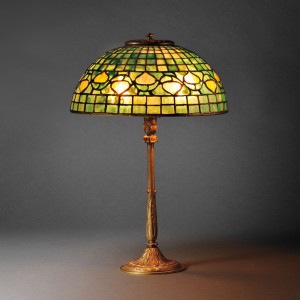 
Long Description: The shade is given it's name from the band of alternating up-and-down acorns placed between rows of quadrangular glass pieces. The yellow tone of the acorn contrasts against the green hue of the shade.