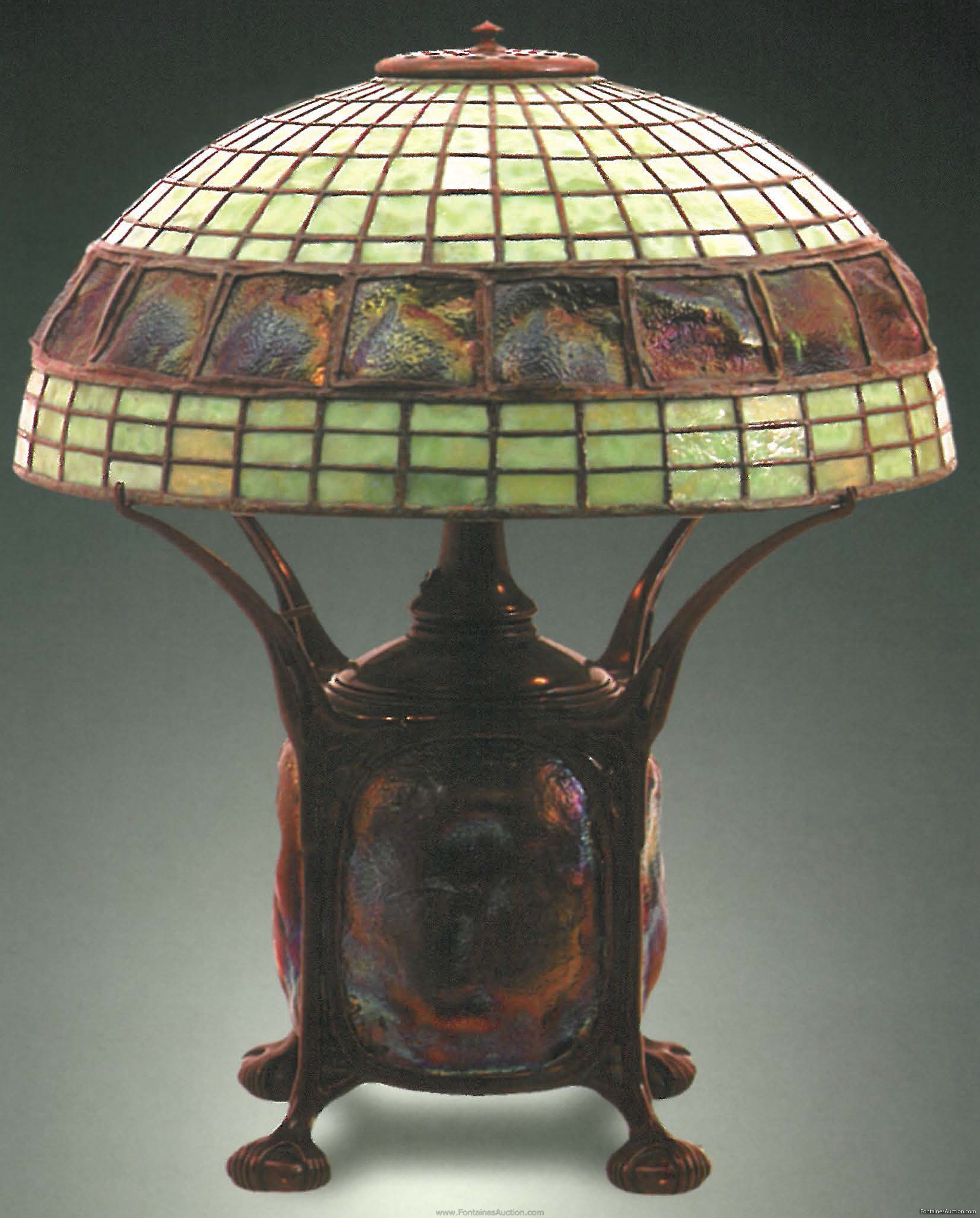 Long Description: The shade consists of pieces of glass cascading down the shade interrupted by a turtleback belt. Below the geometric belt three rows of longitudinally placed glass pieces create a lower border. The base has a square body of four turtleback glass pieces supported by four turtle legs. Four arms extend from the base to support the shade.