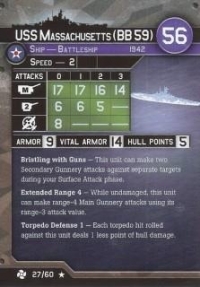 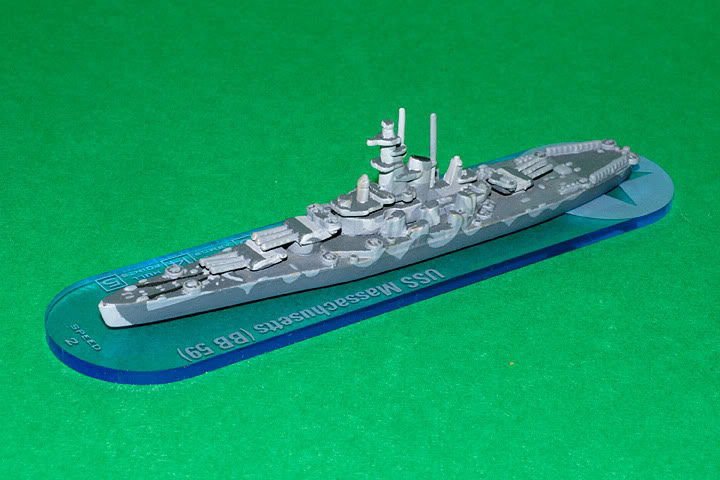 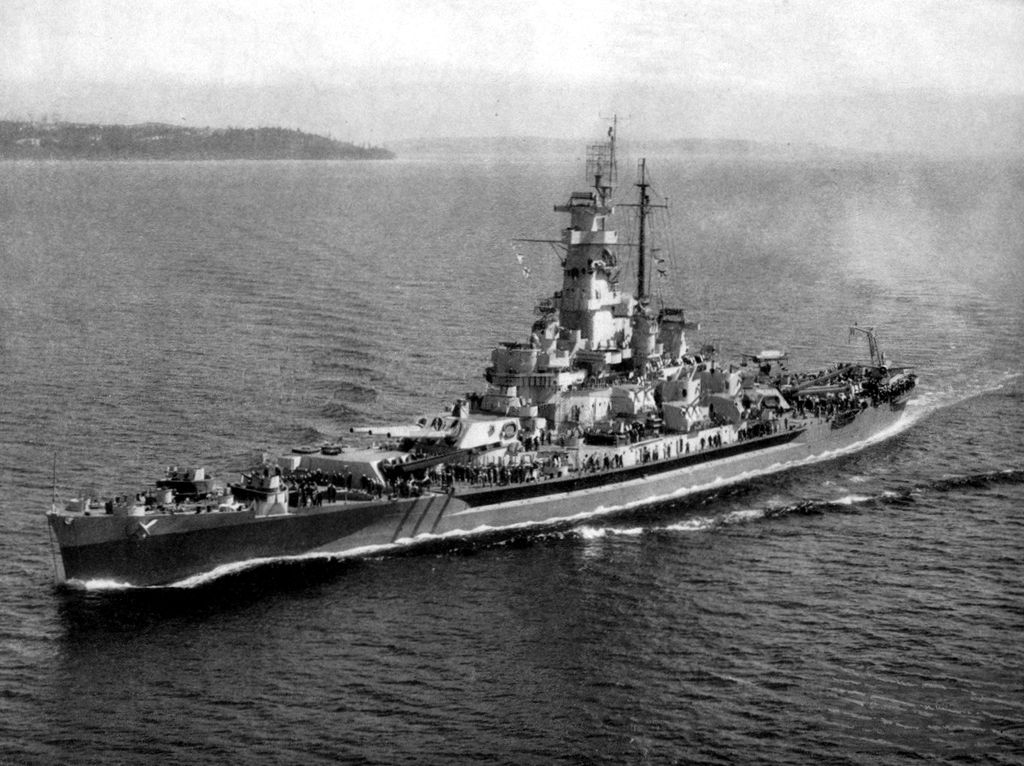 USS Massachusetts (BB-59), known as "Big Mamie" to her crew-members during World War II, is a battleship of the second South Dakota class. She was the seventh ship of the United States Navy to be named in honor of the sixth state, and one of two ships of her class (along with her sister Alabama) to be donated for use as a museum ship. Massachusetts has the distinction of having fired the US Navy's first and last 16-in (406 mm) shells of the war.

During World War II Massachusetts was initially assigned to duty in the Atlantic Fleet during which she successfully crippled the Vichy French battleship Jean Bart in a gun duel during Operation Torch. Transferred to the Pacific fleet in 1943, Massachusetts participated in the Solomon Islands campaign and the Philippines Campaign, and in the latter campaign took part in the Battle of Leyte Gulf. In 1945 she was one of several ships assigned to shell targets on HonshÅ«, the largest of the Japanese Home Islands. Following the end of World War II, Massachusetts was involved in routine operations off the US coast and eventually reassigned to the Atlantic fleet. Decommissioned in 1947, she was laid up in the reserve fleet at Portsmouth, Virginia until stricken from the Naval Vessel Register in 1962. 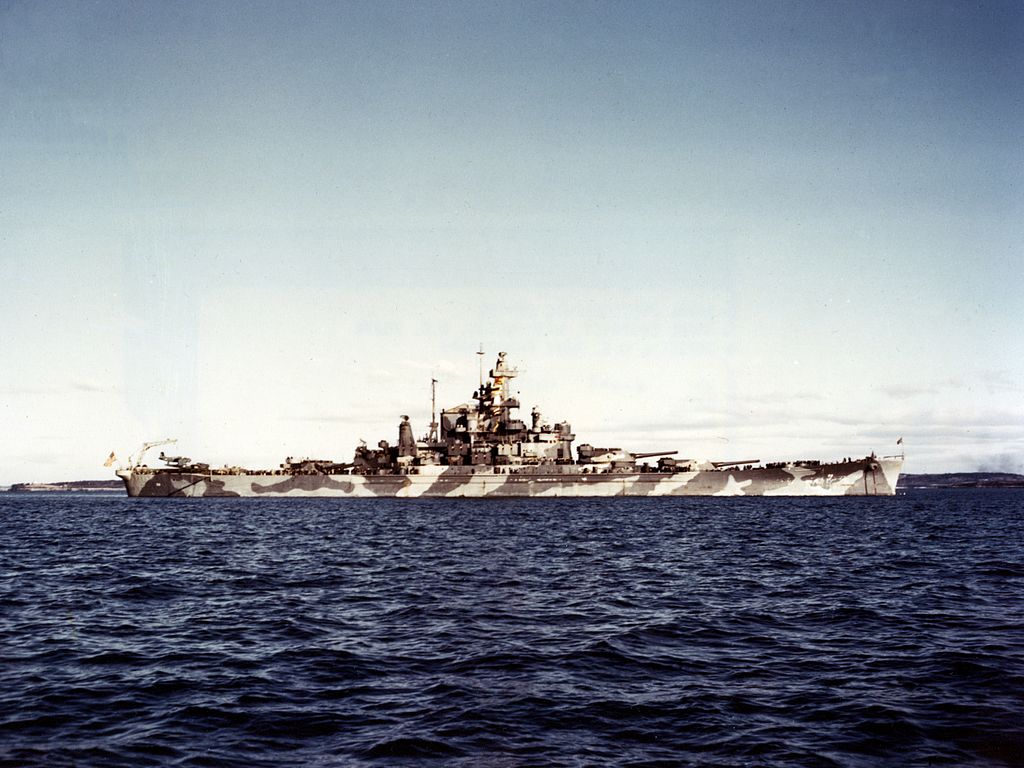 The South Dakota-class was a group of four fast battleships built by the United States Navy. They were the second class of battleships to be named after the 40th State; the first designed in the 1920s and canceled under the terms of the Washington Naval Treaty.

The class comprised four ships: South Dakota, Indiana, Massachusetts, and Alabama. They were more compact and better protected than the preceding North Carolina class, but had the same main battery, nine 16"/45 caliber Mark 6 guns in three-gun turrets. The ships can be visually distinguished from the earlier vessels by their single funnel, compared to twin funnels in the North Carolinas. According to authors William Garzke and Robert Dulin, the South Dakota design was the best "treaty battleship" ever built.

Construction began shortly before World War II, with Fiscal Year (FY) 1939 appropriations. Commissioning through the summer of 1942, the four ships served in both the Atlantic, ready to intercept possible German capital ship sorties, and the Pacific, in carrier groups and shore bombardments. All four ships were retired post-war; South Dakota and Indiana were scrapped, Massachusetts and Alabama retained as museum ships.