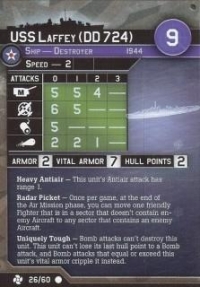 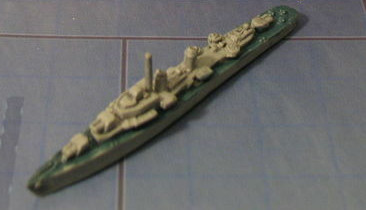 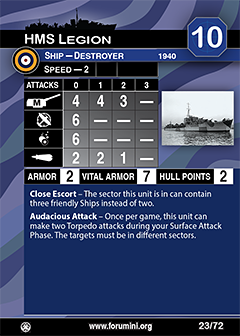 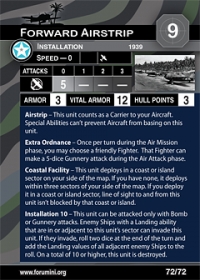 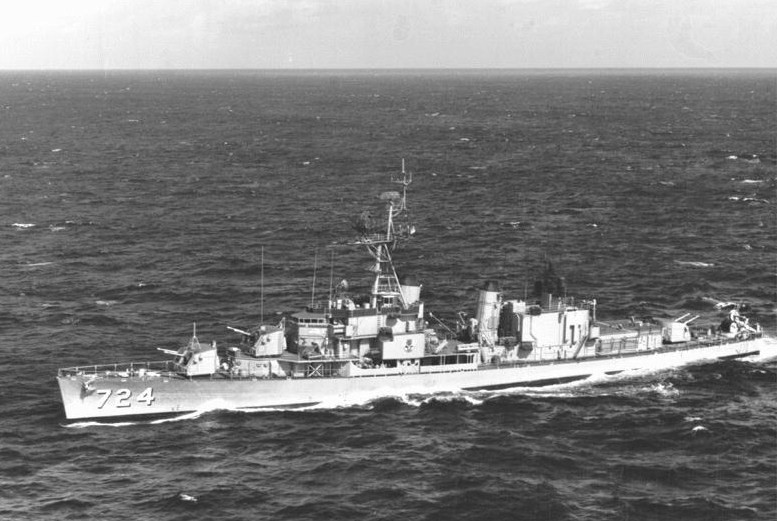 USS Laffey (DD-724) is an Allen M. Sumner-class destroyer, which was constructed during World War II, laid down and launched in 1943, and commissioned in February 1944. The ship earned the nickname "The Ship That Would Not Die" for her exploits during the D-Day invasion and the battle of Okinawa when she successfully withstood a determined assault by conventional bombers and the most unrelenting kamikaze air attacks in history. Today, Laffey is a U.S. National Historic Landmark and is preserved as a museum ship at Patriots Point, outside Charleston, South Carolina.

Laffey was the second ship of the United States Navy to be named for Bartlett Laffey. Seaman Laffey was awarded the Medal of Honor for his stand against Confederate forces on 5 March 1864. 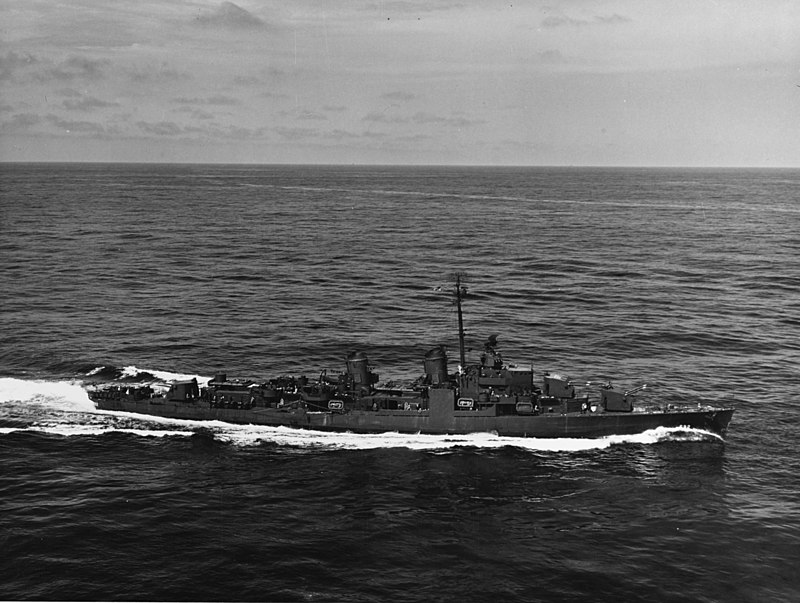 The Allen M. Sumner class was a group of 58 destroyers built by the United States during World War II. Another twelve ships were completed as destroyer minelayers. Often referred to as simply the Sumner class, this class was characterized by their twin 5-inch/38 caliber gun mounts, dual rudders, additional anti-aircraft weapons, and many other advancements over the previous Fletcher class. The Allen M. Sumner design was extended 14 feet (4.3 m) amidships to become the Gearing class, which was produced in larger numbers.

Completed in 1943-45, four were lost in the war and one was damaged so badly it was scrapped, but the surviving ships served in the US Navy into the 1970s. After being retired from the US fleet, 29 of them were sold to other navies, where they served many more years. Two still exist as museum ships, one in South Carolina, and one in Taiwan.