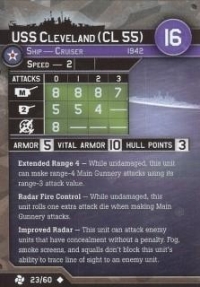 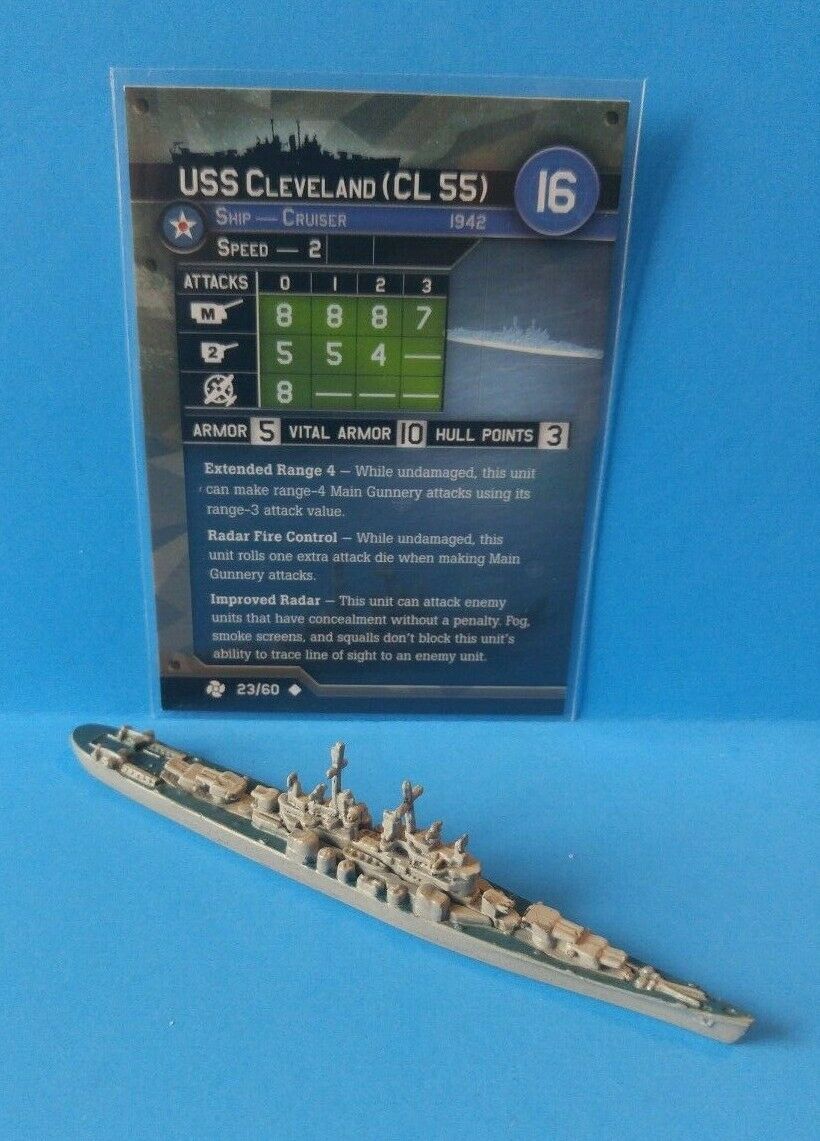 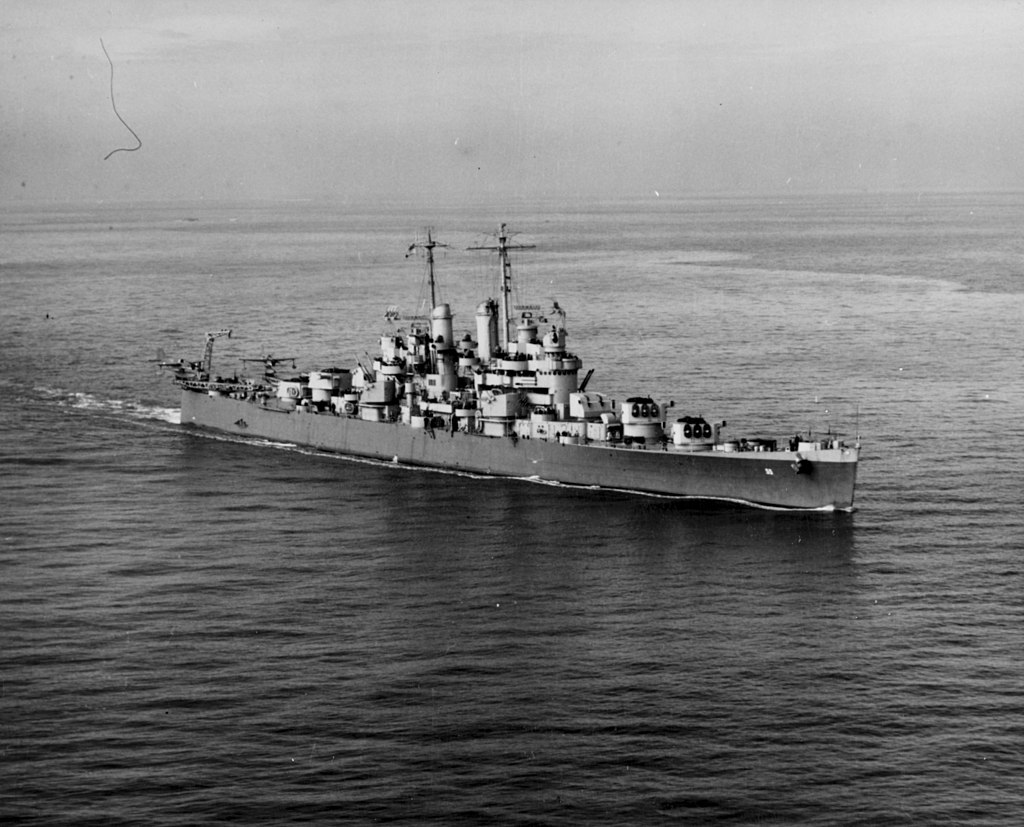 USS Cleveland (CL-55) was the lead ship and one of the 27 United States Navy Cleveland-class light cruisers completed during or shortly after World War II. She was the second ship to be named for the city of Cleveland, Ohio.

Cleveland was commissioned in June 1942, and saw extensive service in the war, briefly in the Atlantic, and then in the Pacific theater. Like almost all of her sister ships, she was decommissioned shortly after the end of the war, and never saw active service again. Cleveland was scrapped in the early 1960s.

The Cleveland class was a group of light cruisers built for the U.S. Navy during World War II. The ships were designed with the goal of increased cruising range, anti-aircraft armament, torpedo protection, etc., compared with earlier U.S. cruisers. Fifty-two ships of this class were originally planned, but nine of them were completed as the light aircraft carriers of the Independence class, and two of them were completed to a somewhat different design, with more compact superstructures and just a single stack. These two were called the Fargo class. Of the 27 Cleveland-class cruisers that were commissioned, one (Galveston) was completed as a guided missile cruiser and five were later modified as Galveston and Providence-class guided missile cruisers. Following the naming convention at the time, all the ships completed as cruisers were named for US cities and towns.