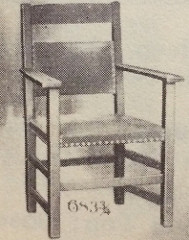 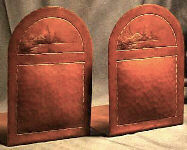 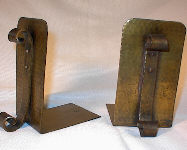 Arts and Crafts chairs are secured with mortise and tenon joints for maximum support against stress. Some chairs are adorned with ventilated, steel spring cushions, upholstered in goatskin or cowhide leather and fastened with copper tacks or nails for additional comfort.