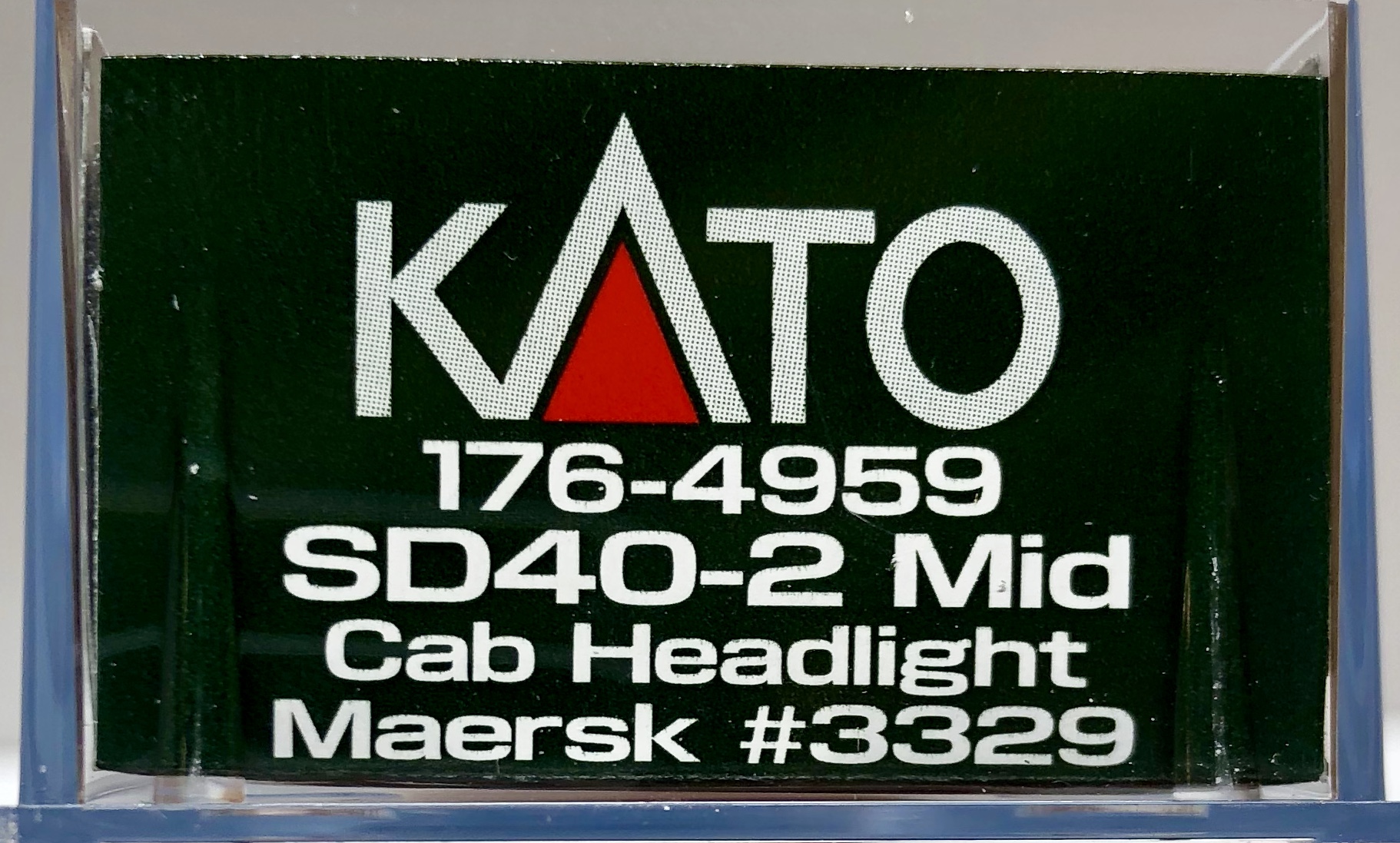 
Model Information: This is a 3rd generation locomotive which Kato introduced in 2000. It feature a split-frame single-lightboard design with flywheels and directional lighting. In 2007, Kato added a Mid-Production model version with some upgraded features including ditch lights. It is one of the earlier models with a full set of 3rd generation features.

A.P. Moller-Maersk Group is based in Copenhagen, Denmark, with subsidiaries and offices in more than 135 countries worldwide and around 89,000 employees. It ranked 148 on the Forbes Global 2000 list for 2015.

The largest operating unit in A.P. Moller-Maersk by revenue and staff (around 25,000 employees in 2012) is Maersk Line. In 2013 the company described itself as the world's largest overseas cargo carrier and operated over 600 vessels with 3.8 million Twenty-foot equivalent unit (TEU) container capacity. As per September 2015, being still the largest container fleet, it holds 15.1% of the global TEU.

In 2006, the largest container ship in the world to that date, the E-class vessel Emma Maersk, was delivered to Maersk Line from Odense Steel Shipyard. Seven other sisterships have since been built, and on 21 February 2011, Maersk ordered 10 even larger container ships from Daewoo, the Triple E class, each with a capacity of 18,000 containers. The first were delivered in 2013. It held options for 10-20 more, and in June 2011 placed follow-on orders for a second batch of ten sisterships (to the same design) with the same shipyard, but cancelled its option for a third batch of ten.