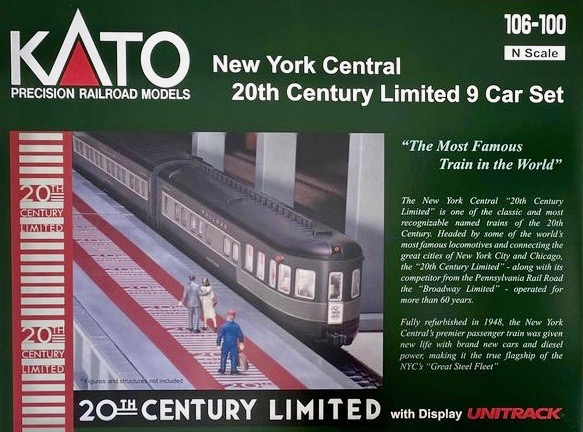 Model Information: This model was introduced in 2008. This Kato engine features all standard features of a post-2000 design. These include a split-frame chassis, low-profile chemically blackened wheels, dual flywheels, magnetically operating couplers and the ability to drop in a DCC decoder. It also uses the "shock-absorber" suspension system for the top section of the chassis.

The modern design, enhanced by the "shock-absorber" leads to superb performance and quiet running. It will pull 40+ cars on a flat grade. The prototype is amazing looking and this model does it justice. It is flat-out cool looking. Sadly, the pantagraphs do not conduct and are not spring-loaded, but they are metal (unlike the ACS-64 model) and they are hinged so they can be moved up or down. Despite the gi-normous trucks, they do run nicely over tight 9 3/4" curves.