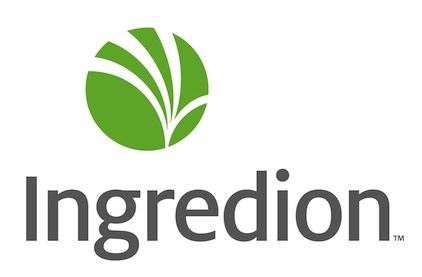 Ingredion Incorporated (formerly Corn Products International, Inc) is an ingredient provider based in Westchester, Illinois. The company processes corn, tapioca, potatoes, and other raw materials into ingredients for the food, beverage, brewing, and pharmaceutical industries and numerous industrial sectors. It has more than 11,000 employees around the world, and customers in more than 60 markets in over 40 countries. In 2014, net sales were $5.7 billion.

The company, which began as Corn Products Refining Co. and later as "CPC," was founded by the merger of leading US corn refiners in 1906. It supplied the raw materials for Argo cornstarch and Mazola corn oil. CPC acquired starch factories in Europe from 1919 until 1987 when they were sold to the French sugar manufacture Beghin-Say and renamed Cerestar.

In 1981, CPC formed a partnership with Texaco to produce bioethanol at a plant in Pekin, Illinois. In 1995, the plant was sold to Williams Companies and, in 2003, continued as Aventine Renewable Energy. The company has a facility in nearby Mapleton, Illinois, along U.S. Route 24, which is part of an industrial area, a major area employer.

The Bestfoods division of the company known for brands Maizena, Knorr, Hellmann's / Best Foods mayonnaise, and Skippy Peanut Butter existed from 1958 until 1997 when the company split into Bestfoods, a packaged-foods company, and Corn Products International, a starch and sweeteners company. Corn Products International (CPI) is a Fortune 1000 Company.

The combined company employs approximately 11,000 people in North America, South America, Europe, the Middle East, Africa, and Asia-Pacific. It operates 37 manufacturing facilities in 15 countries and sales offices in 29 countries. Research and ingredient development centers are located in key global markets. In 2012, the company was renamed Ingredion.