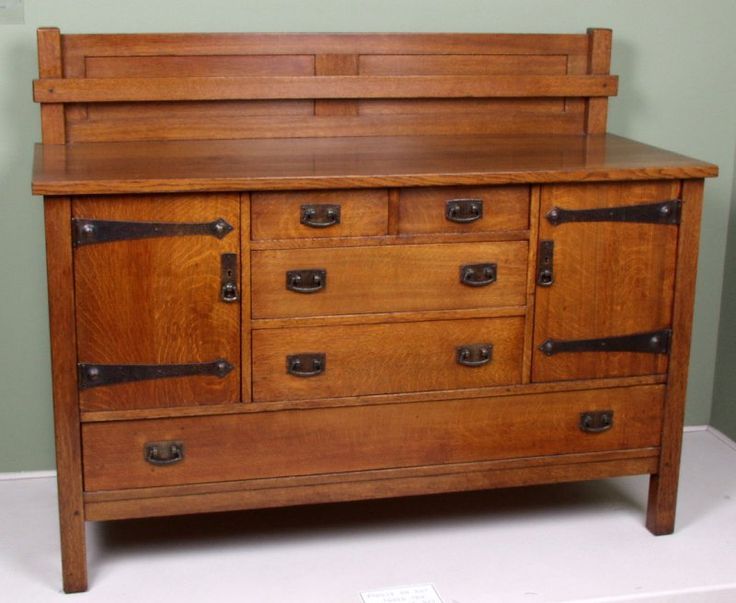 Sideboards are traditionally used to serve food, display serving dishes, or for storage. Mission style sideboards are designed with drawers or doors for storage and a flat surface for plate rail to serve food and display dishes. Some are also adorned with copper trimmings for decoration.