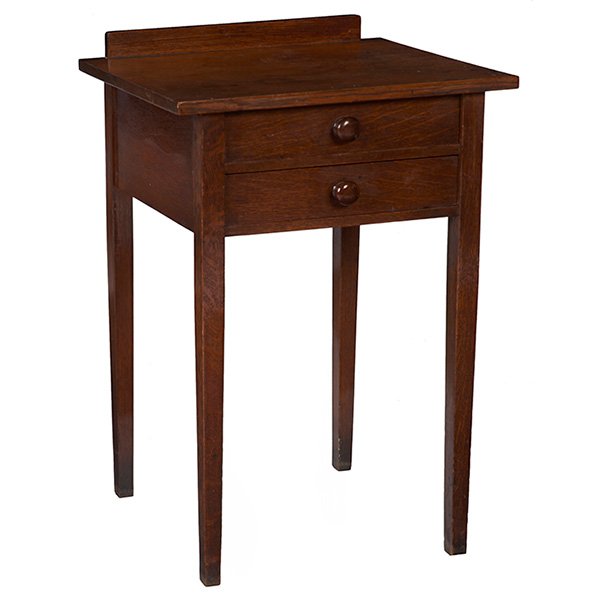 Notes: This item was also available with wrought iron drawer pulls as an option.