Collectors value this item at an average of 22.28 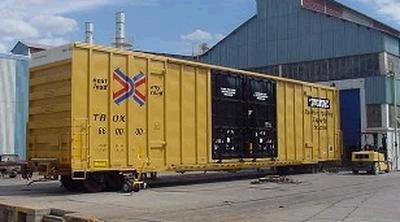 The modern 100 ton, high-cube, 60â boxcar has become ubiquitous in the modern rail scene. These cars are designed to carry a myriad of loads, from auto parts to forest products. This 60 foot box car design was produced by Gunderson, Incorporated, now part of the Greenbrier Companies from the early 1970s into the 2000s.