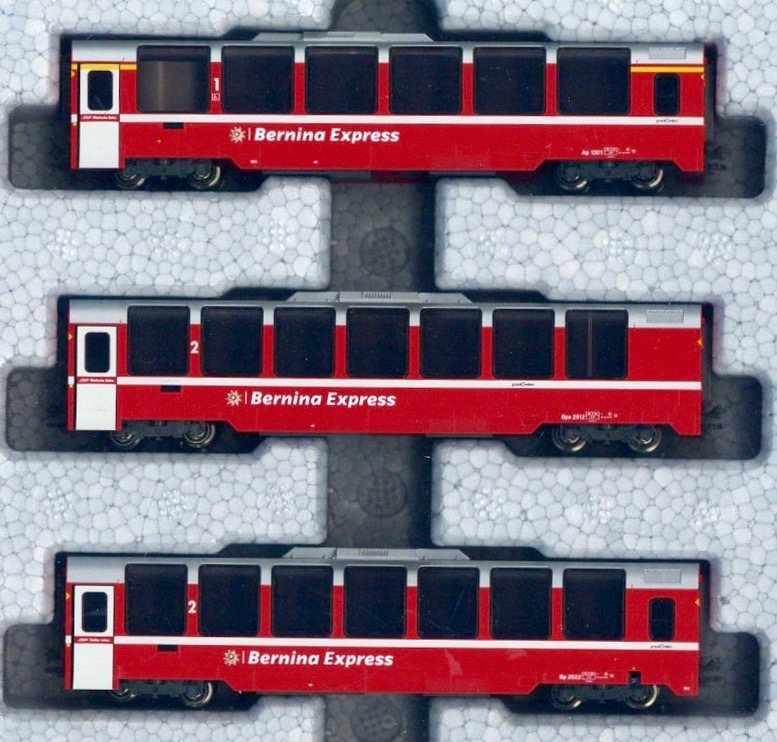 
Model Information: Kato boxed sets for European Prototypes come in various shapes and sizes. These may contain complete train sets with track and power pack or may be as simple as a pair of passenger coaches. Many of the sets use "bookshelf" boxes with cardboard sleeves and carefully cut foam inserts.

The Rhaetian Railway (German: RhÃ¤tische Bahn, Italian: Ferrovia Retica, Romansh: Viafier Retica), abbreviated RhB, is a Swiss transport company that owns the largest network of all private railway operators in Switzerland. The RhB operates all the railway lines of the Swiss Canton of Graub?nden/Grisons, except for the line from Sargans to the cantonal capital, Chur, which are operated by the Swiss Federal Railways (SBB CFF FFS), and the line from Disentis/Must?r to the Oberalp Pass, and further on to Andermatt, Uri, which is operated by Matterhorn-Gotthard-Bahn (MGB). Inaugurated in 1888 and expanded from 1896 onwards in various sections, the RhB network is located almost entirely within Graub?nden, with one station across the Italian border at Tirano.