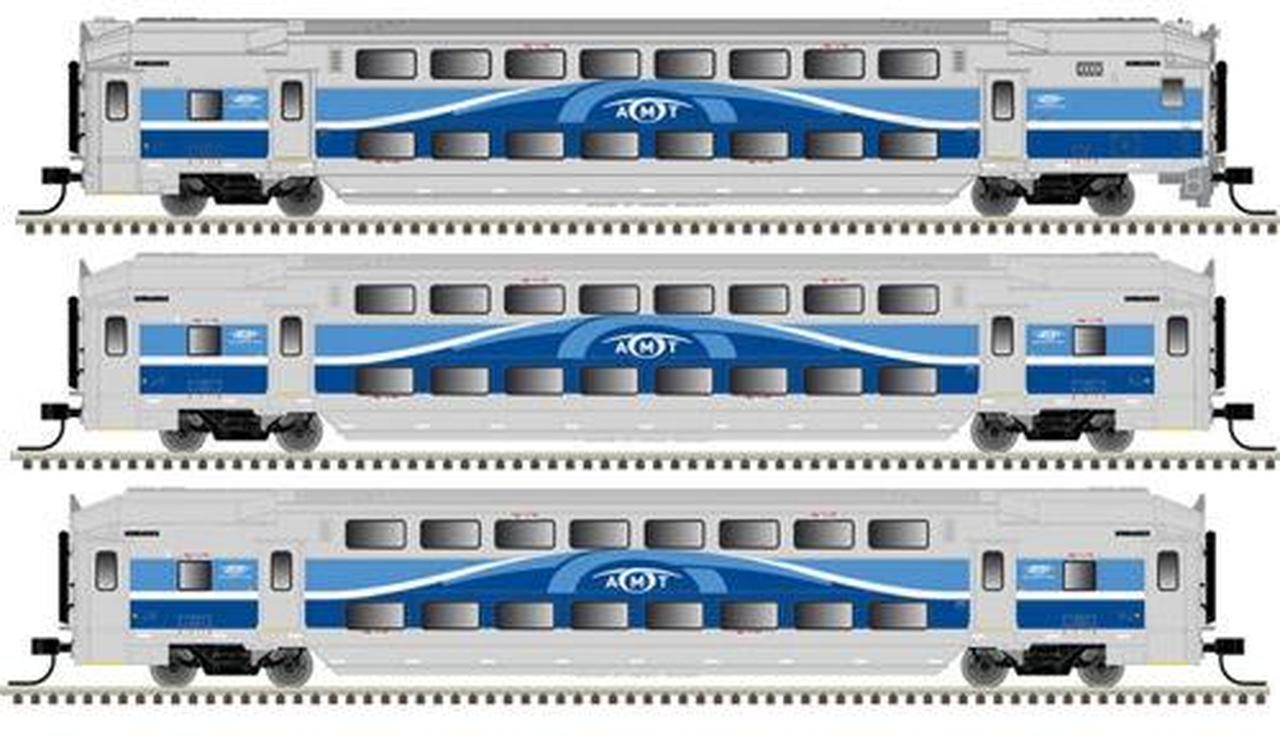 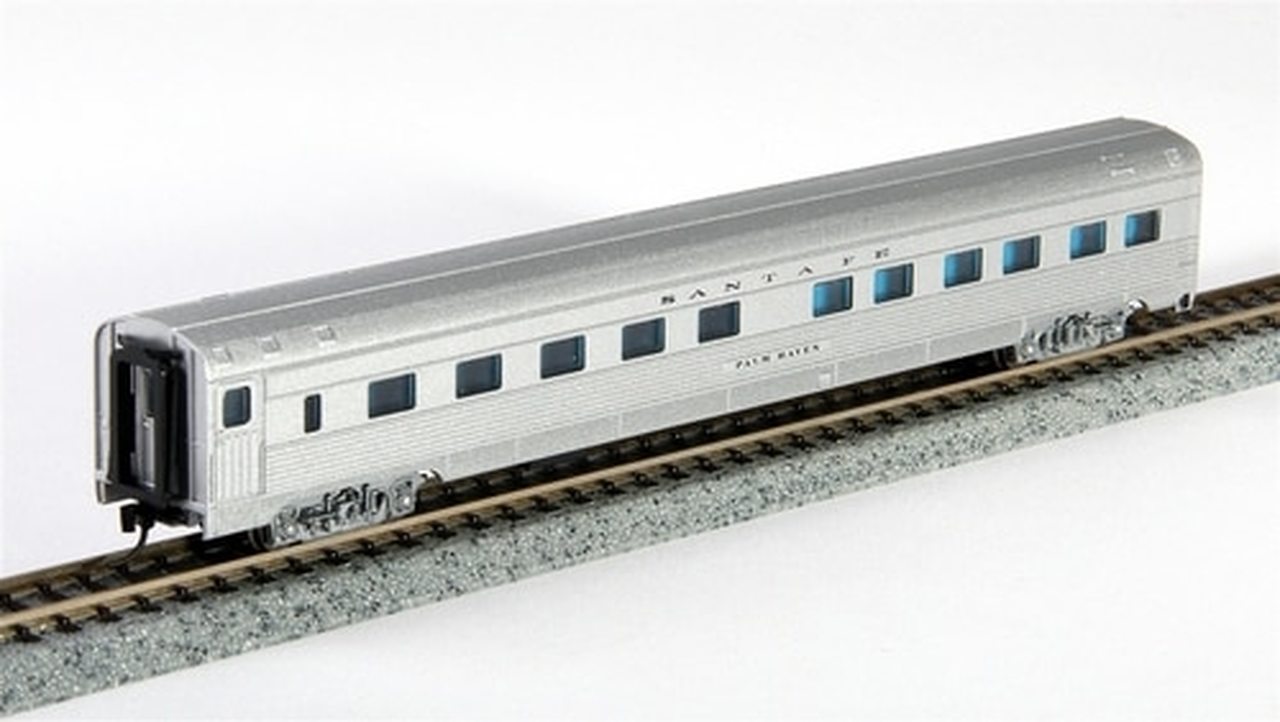 Specific Item Information: Concurrent with its purchase of ALP-45DP locomotives, NJ TRANSIT also purchased 62 multi-level cab cars from Bombardier Transportation. These cab cars are used on the opposite end of the train from the ALP-45DP locomotive to facilitate "push-pull" operations, where the engineer in the cab car can control the locomotive pushing from the other end of the train. A cab car provides an engineer with all of the same controls as a locomotive cab, allowing the train to reverse direction without turning around. Cab cars also include all standard locomotive safety features, such as a horn and bell.


Model Information: Atlas first introduced this model in October of 2019. It is their second foray into passenger service and this model appears to be far more detailed than their earlier ACF 60 foot heavyweight models.