Series Information: Aztecâs Micro Brew Cars. This very popular series of N scale billboard style freight cars features the colorful logos of authentic micro breweries from across the U.S., Canada and Mexico.
A total of 43 cars have been released between 1996 and 2006, using body styles from various manufacturers: 2 Boxcars from Atlas, 1 Boxcar from Life-Like, 1 Boxcar from MDC Roundhouse and 1 Covered Hopper from Atlas.
These cars are obviously fictitious; however their road letters correspond to the initials of the brewery followed by X, denoting a non-railroad owner, and the road number is the ZIP code of the brewery for U.S. ones.


Model Information: Atlas first introduced this model in 1995. It has always been manufactured in China. The early releases came equipped with Rapido couplers/ Later versions come with Accumate couplers.

This is quite definitely a "2nd Generation" tooling. It does feature low-profile wheels with magnetically operated couplers (Accumate). The print quality is excellent and the mold shows great attention to detail. However, the key three features of a 3rd gen model: metal wheels, body-mount couplers and detail parts. While the tooling is very high quality, the only noticeable detail part is the brake wheel - which is nothing special. The stirrups, while not being as clunky as early Atlas and Roco designs, lack the realistic appearance of a 3rd gen model where this part is typically not part of the mold. A nice model for its time (mid 1990s) but essentially a beginner's model at the time of this review (2017). 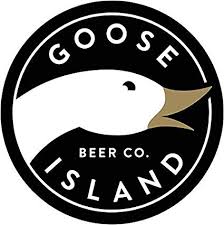 Goose Island Beer Company is a brewery in Chicago, Illinois, that began as a single brewpub opened in 1988 in Lincoln Park, Chicago, and named after a nearby island. The larger production brewery opened in 1995, and a second brewpub, in Wrigleyville, in 1999. Their beers are distributed across the United States, and the United Kingdom after a stake of the company was sold to Widmer Brothers Brewery in 2006,and the brewery was able to expand into different markets. In 2011, Goose Island was sold to Anheuser-Busch InBev. Greg Hall stepped down as brewmaster with the AB InBev purchase in 2011; Brett Porter was hired as the new brewmaster. https://en.wikipedia.org/wiki/Goose_Island_Brewery From Wikipedia