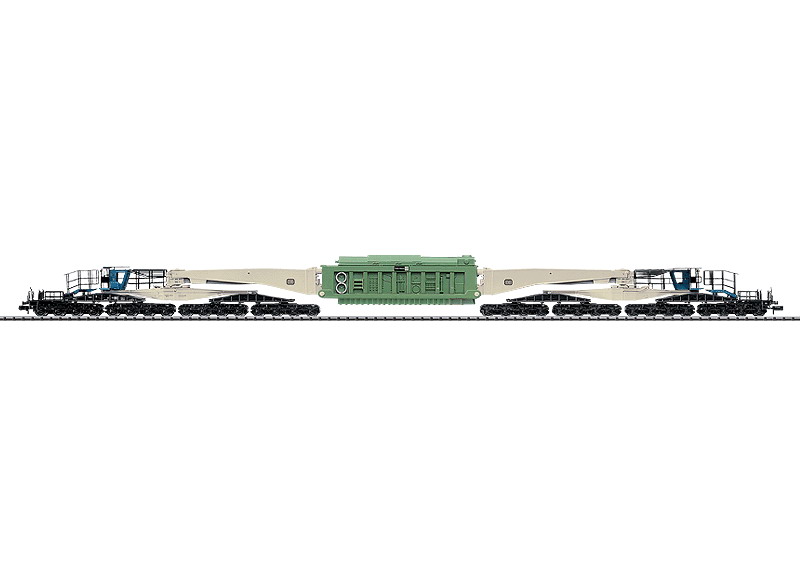 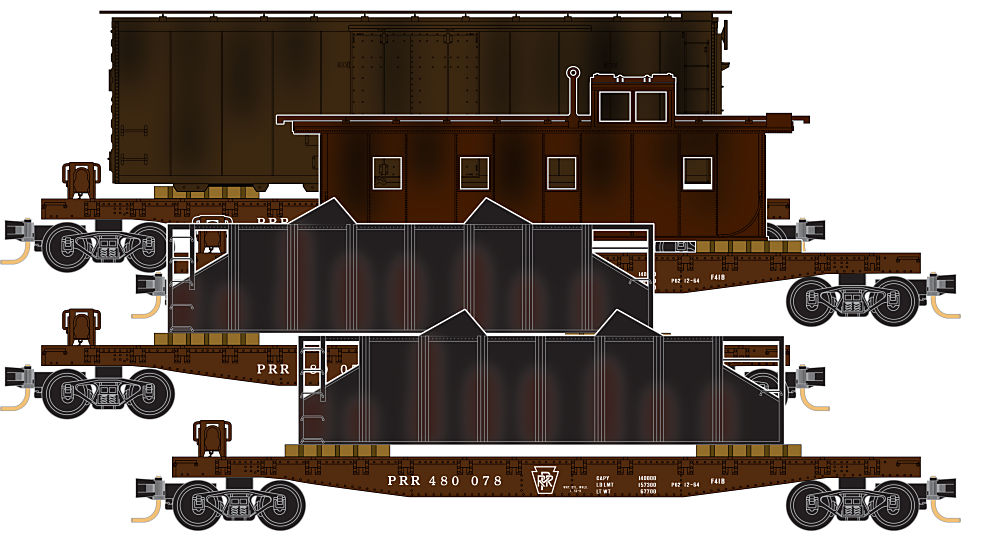 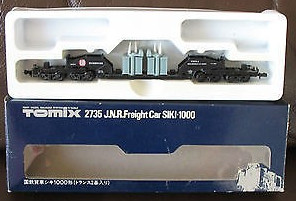 Model Information: Model introduced in 2004.
The car has 32 axles, "Schnabel" load arms, and a die-cast metal transformer as a load. The car has many separately applied details. The load arms can be coupled directly to one another without a load. The car has close coupler mechanisms at the ends. Length over the buffers 391 mm / 15-3/8".

The largest low-loading wagons are designed as Schnabel wagons, made from two completely separate sections. Each section rests on multiple-axle bogies or groups of bogies. The two sections each support a beak-shaped carrying arm which, in turn, supports one side of a low-loading platform or is directly fixed to the outsize load to be transported. In the latter case the load becomes temporarily part of the vehicle itself. The wagons have hydraulic equipment with which the load can be raised or lowered in order to manoeuvre it past obstacles. There are about 30 examples of Schnabel wagon in Europe, North America and Asia.

Typical loads for these vehicles are large boilers for power stations, turbine components or power station transformers. Due to their heavy weight and outsize dimensions these goods are not usually transported in normal goods trains, but are moved in special trains and need careful preparation. Whenever transportation restrictions arise with a wagon and its load due to its weight and size, it is designated as an abnormal load and must be labelled in accordance with the RIV as a U type. When the vehicle is unladen the two carrying arms are joined directly to one another; the wagon can then travel in goods trains at normal speeds.