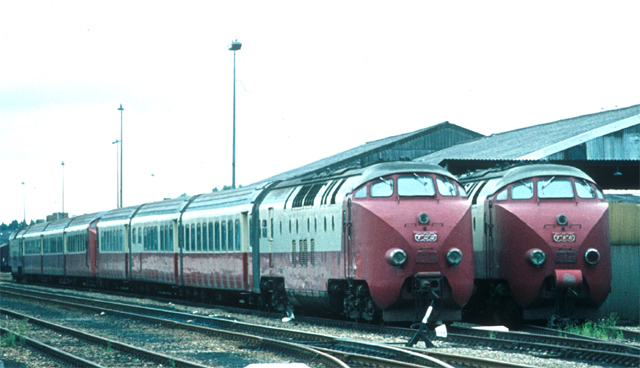 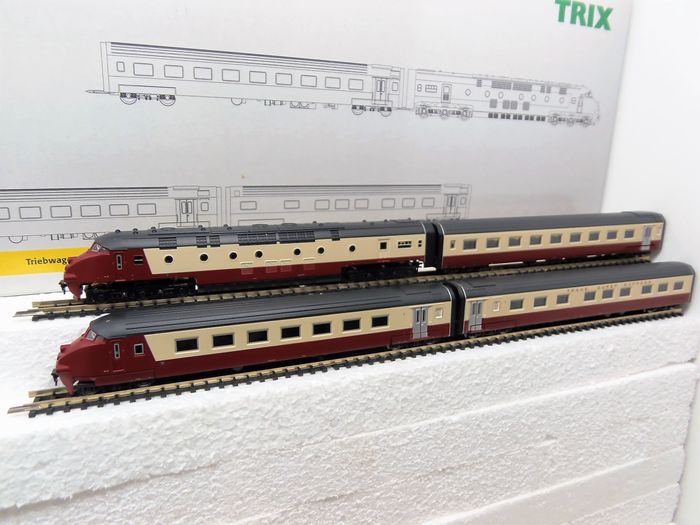 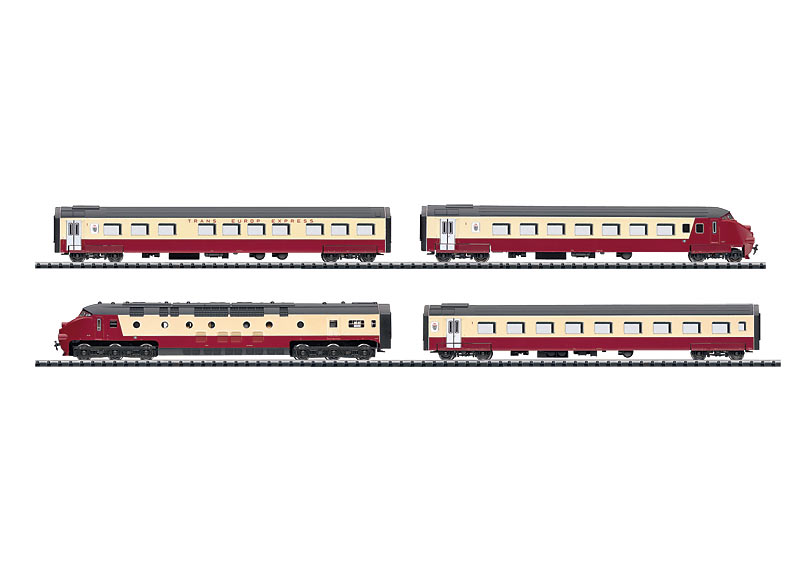 History: The Trans Europ Express, or Trans-Europe Express (TEE), is a former international first-class railway service in western and central Europe that was founded in 1957 and ceased in 1995. At the height of its operations, in 1974, the TEE network comprised 45 trains, connecting 130 different cities, from Barcelona, Spain in the west to Austria in the east, and from Denmark to Southern Italy.

The network was set up in 1957 following an idea of F.Q. den Hollander, then president-director of the Dutch national railway company (NS). TEE was a network jointly operated by the railways of West Germany (DB), France (SNCF), Switzerland (SBB-CFF-FFS), Italy (FS) and the Netherlands. Although some trains passed through Belgium from the beginning, the Belgian national railway company (NMBS/SNCB) joined the program only in 1964. Luxembourg (CFL) also joined at a later date.

The SBB-CFF-FFS RAm TEE I and NS DE4 were a class of five 4-car diesel-electric trainsets ordered for Trans Europe Express (TEE) service. Two were ordered by the Swiss Federal Railways (SBB-CFF-FFS) and three by Nederlandse Spoorwegen (NS). They were painted in the TEE colours of dark red (RAL 3004 purpurrot) and cream (RAL 1001 beige).
They operated between ZÃ¼rich and Amsterdam as the TEE âEdelweiÃââ, between Amsterdam and Paris as "L'Ãtoile du Nord", and between Paris and Brussels as "L'Oiseau Bleu".
Three powerful diesel motors with a total of 1,700 kilowatts gave the train a speed of 140 km/h (87.5 m.p.h.). The motor car's truck configuration was A-1-A - A-1-A. The Powercars were manufactured by Werkspoor and the trailers by SIG.

None of the windows on these trains could be opened, because each car was fully air conditioned. As with all TEE trains, there were only first class cars; the total seating capacity for the âEdelweiÃââ was 114. The dining car compartment could seat 32. The trains were basically composed of four cars: a compartment car, the dining car and an open seating car with the second engineerâs cab for reversing direction in stub end terminals.

Due to the electrification of major European railroads, these diesel cars were retired in 1974. After an SBB train was taken out of service in 1971 due to damages in an accident, the second SBB train as well as the three NS trains were sold in 1977 to the Canadian Ontario Northland Railroad and converted to North American specifications. In 1979, EMD FP7 locomotives better able to withstand the winters in Canada were used to power the train, and only the passenger cars were used. The former TEE was in service as the "Northlander" until 1992 between Toronto and Timmins.

A few cars have been repatriated to Europe for restoration at the end of the 1990s, and can be seen in various museums in Switzerland, the Netherlands and Germany. All motor cars have been scrapped.