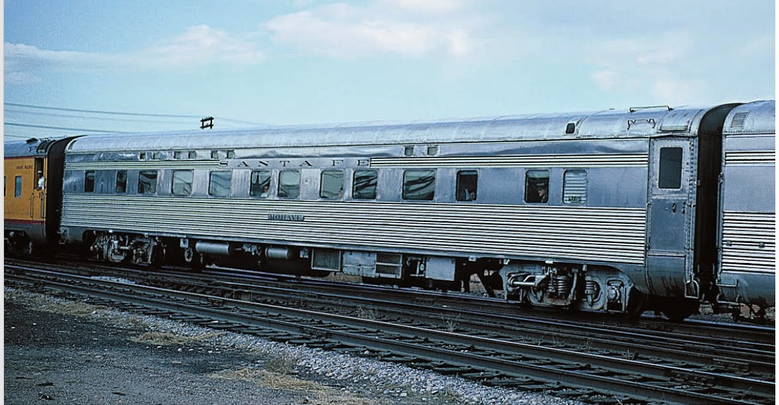 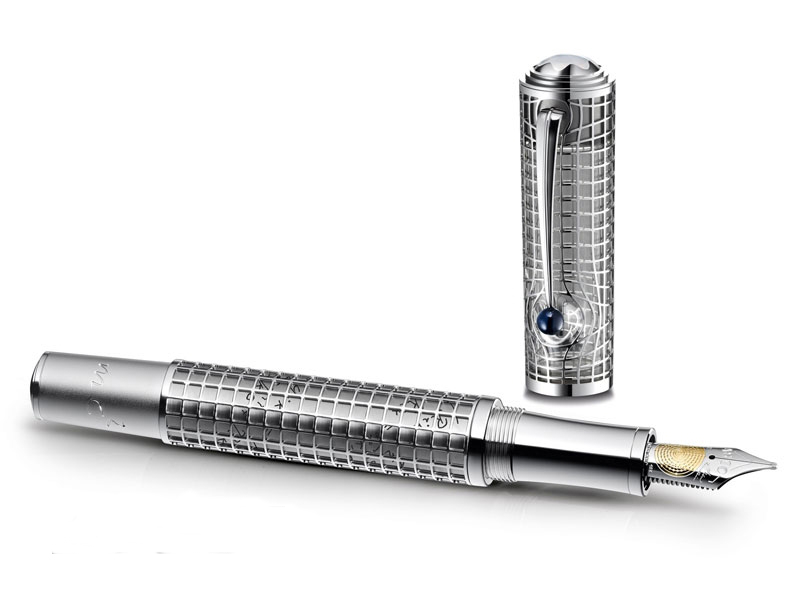 History: The "Imperial" 4-4-2s are among the most popular designs in Lightweight passenger service. They have an excellent array of middle to top level accommodations, with 4 double bedrooms, 4 comfortable compartments and 2 drawing rooms.
The drawing rooms have evolved from the Heavyweight days. The restroom is arranged differently (note that most of the toilets are near the centerline of the car, where their chutes can clear the underbody gear mounted along the car edges.) In place of the section and sofa combo, a sofa and two armchairs provide day accommodations. At night, the sofa folds down into a traditional upper and lower. The third berth is a "Murphy bed" that folds down from a wall locker.
The compartments have a similar arrangement of sofa and chair; being, in effect, miniaturized drawing rooms. The bedrooms are similar again, with less floor space and no chair. The fundamental difference between a "single bedroom" and a "double bedroom" is that the single does not have an upper berth.
There are still a few shortcomings with this design. For example, the compartments and bedrooms still have the open toilets (postwar cars will have these enclosed in tiny restrooms). The compartments also have the prewar style small windows above the main windows. These were originally designed to give the upper berth a window view. However, in these cars, the berths are mounted laterally.
Still, these are excellent cars: requiring only detail refinements to achieve the long-sought perfection of the sleeping car. These versatile 4-4-2s are found on trains throughout the country.