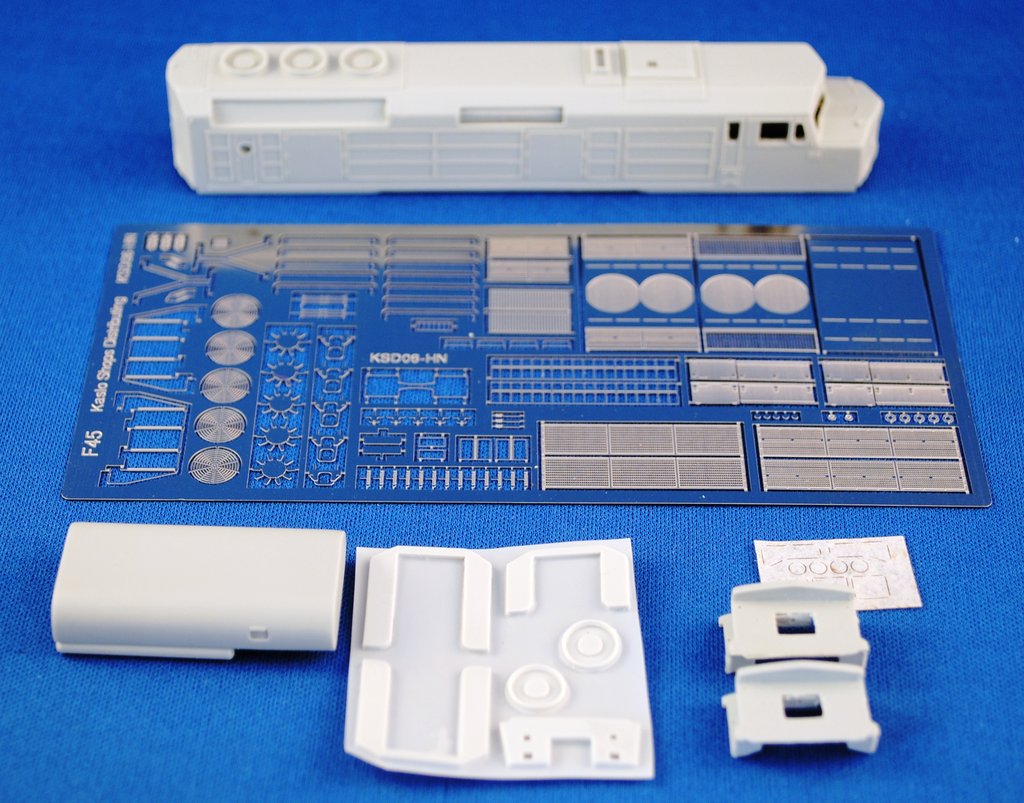 
Model Information: This model from InterMountain features Micro-Trains trucks with truck-mounted MTL couplers. Etched metal walkways, sharp printing, and excellent detail including seprately applied hoses on the underframe as well as separately applued roof hatches. Unlike the similar Micro-Trains model, the roof hatches do not open. The InterMountain model has superior detail under the bays, though the MTL model is still quite good. Both have the bay releases as separately applied (as opposed to molded) detail parts. The end detail on the IM model also is superior showing hoses from the barrel (to the brake system?).