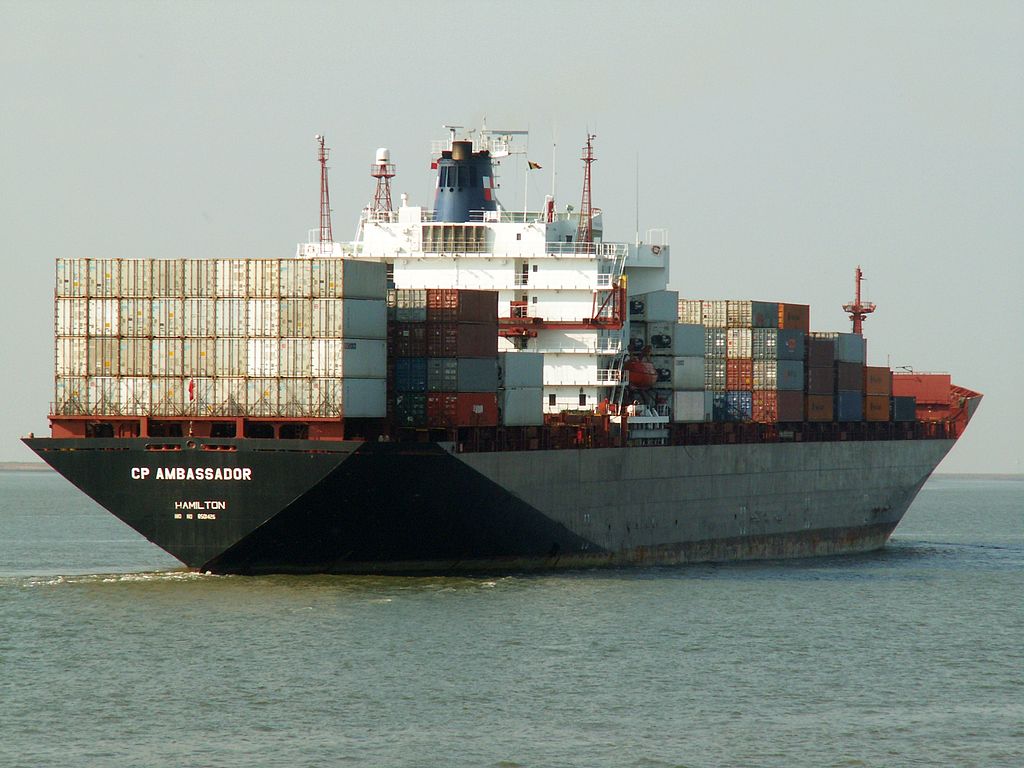 Company History: CP Ships was a large Canadian shipping company established in the 19th century. From the late 1880s until after World War II, the company was Canada's largest operator of Atlantic and Pacific steamships. Many immigrants travelled on CP ships from Europe to Canada. The sinking of the steamship RMS Empress of Ireland was the largest maritime disaster in Canadian history. The company provided Canadian Merchant Navy vessels in World Wars I and II. Twelve vessels were lost due to enemy action in World War II including the largest ship sunk by a German U-boat.

The company moved to a model of container shipping from passenger, freight and mail service in the 1960s due to competitive pressure from the airline industry. The company was a part of the Canadian Pacific Ltd. conglomerate. It was spun out as a separate company in 2001. In 2005, it was purchased by TUI AG and is now part of the company's Hapag-Lloyd division.

The Atlantic and Pacific passenger liners of Canadian Pacific were always British-flagged and largely British-manned and were not part of the Canadian Merchant Marine, ownership being with the British-registered Canadian Pacific Steamships Ltd. subsidiary.

219 modern ships, 7.6 million TEU (Twenty-foot Equivalent Unit) transported per year, around 13,000 motivated employees in 126 countries. Hapag-Lloyd is a leading global liner shipping company and a powerful partner for you.

Hapag-Lloyd offers a fleet with a total capacity of 1.6 Million TEU, as well as a container stock of more than 2.3 million TEU including one of the worldâs largest and most modern reefer container fleets. A total of 129 liner services worldwide ensure fast and reliable connections between more than 600 ports on all the continents.

The owners of Hapag-Lloyd are CSAV (25.0%), KÃ¼hne Maritime (19.0%) HGV Hamburger Gesellschaft fÃ¼r VermÃ¶gens- und Beteiligungsmanagement mbH (13.9%), Qatar Investment Authority (14.5%), the Public Investment Fund on behalf of the Kingdom of Saudi Arabia (10.2%), plus a free float of 17.4% (percentages have been rounded and the free float includes institutional shareholders with a shareholding of less than 5%).