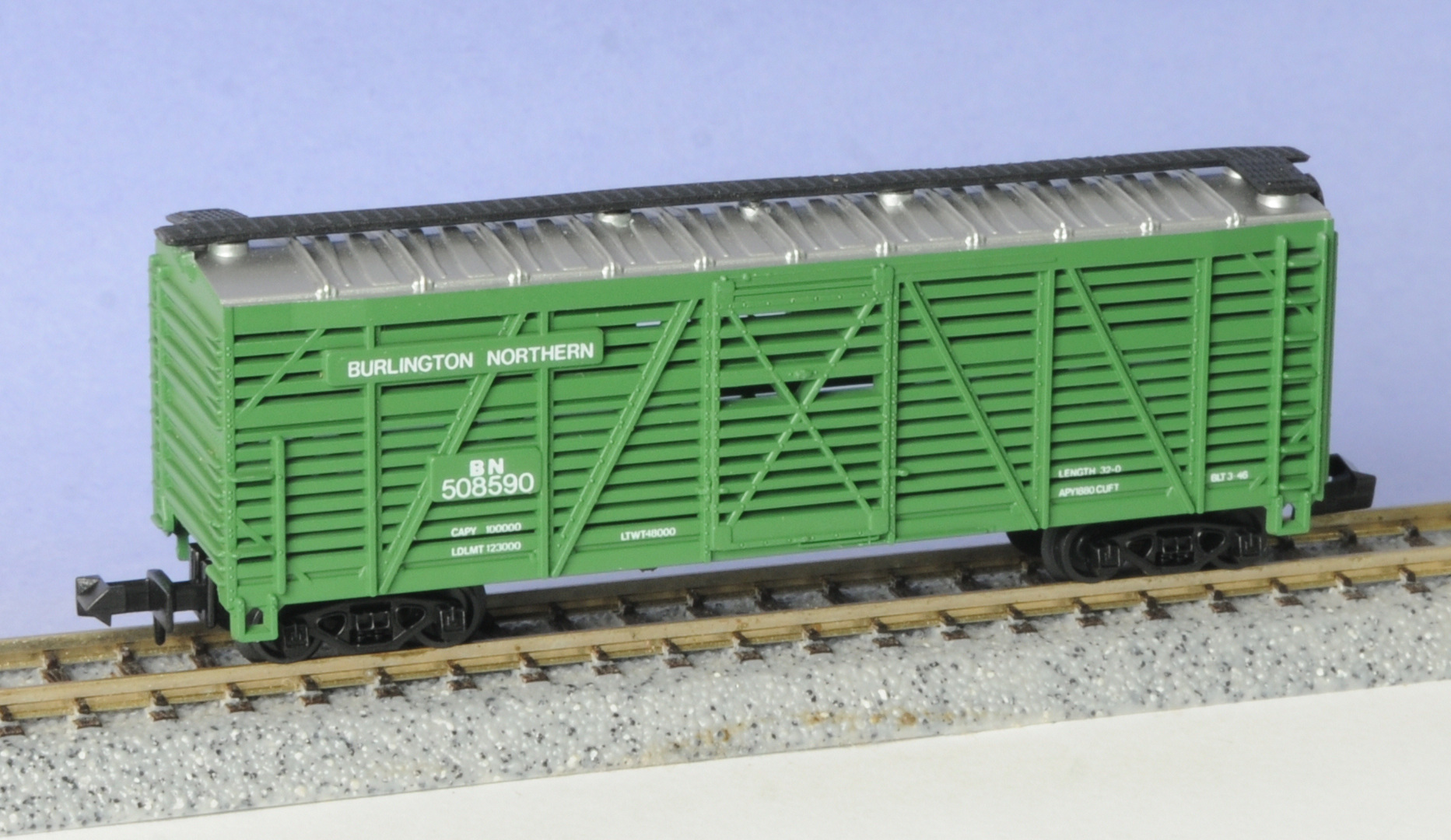 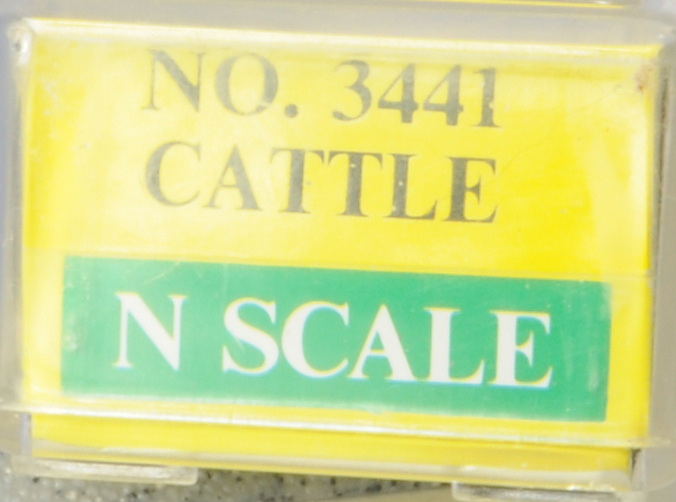 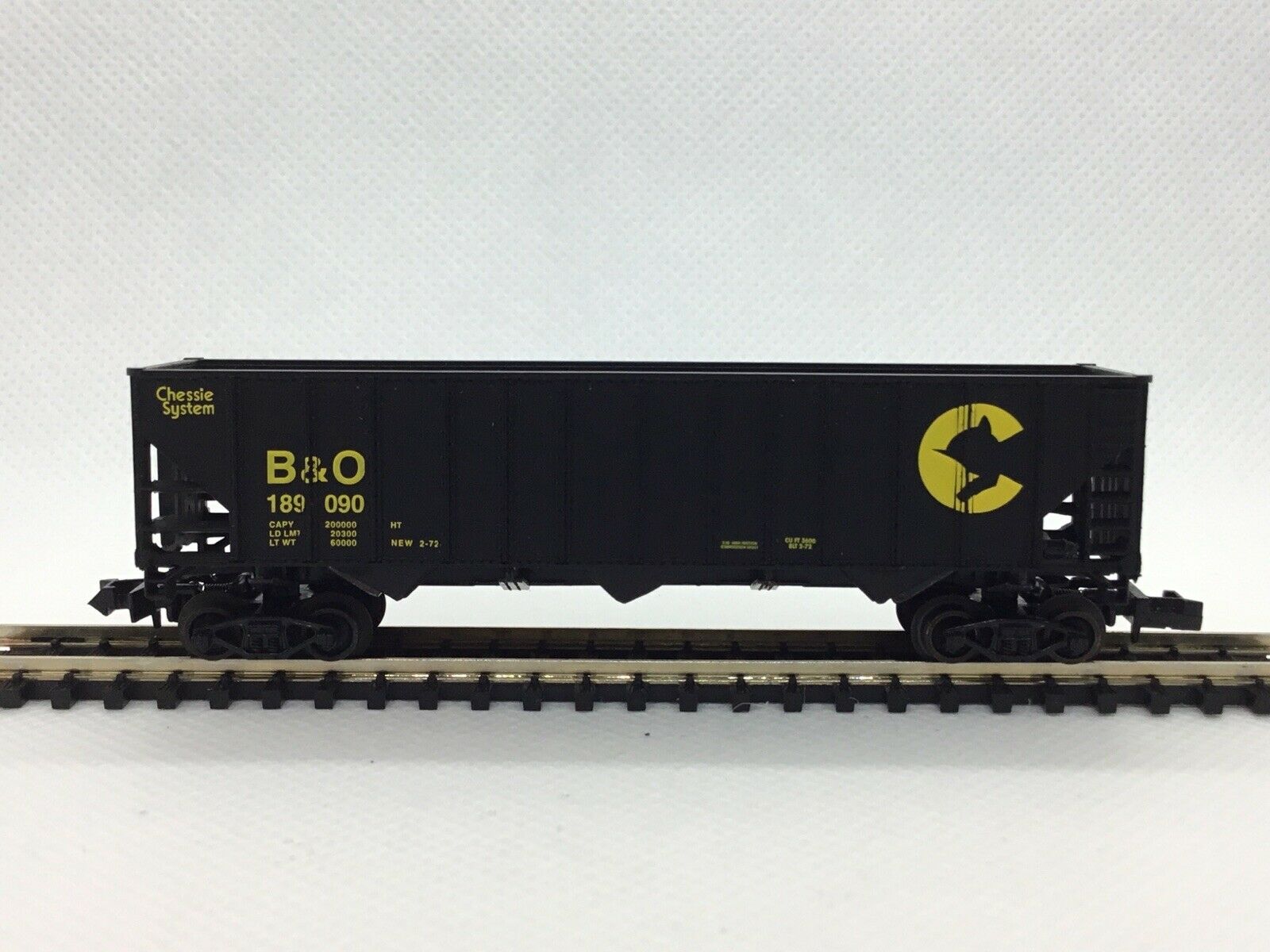 Model Information: This Model Power stock car is a Chinese knock-off of the Atlas 40 foot Cattle car that was produced in the 1970s. Likely this car first appeared in the 1980s when Model Power contracted with various Chinese manufacturers to replicate various body style from other manufacturers. The mold detail and printing are pretty good, and if you replace the trucks with some MTL Bettendorfs, it will run great on a modern layout. The models are marked 'HONG-KONG' on the underframe.

A similar model was produced by Mehano for Model Power. The Mehano models are marked 'Made in Yugoslavia' on the underframe. The Model Power Chinese re-run uses the same road names and numbers as the earlier Mehano run. The Chines models also use the same stock number, as the Mehano run. However, there are visible differences between the Yugoslavian and Chinese models such as the number and company plates on the sides.