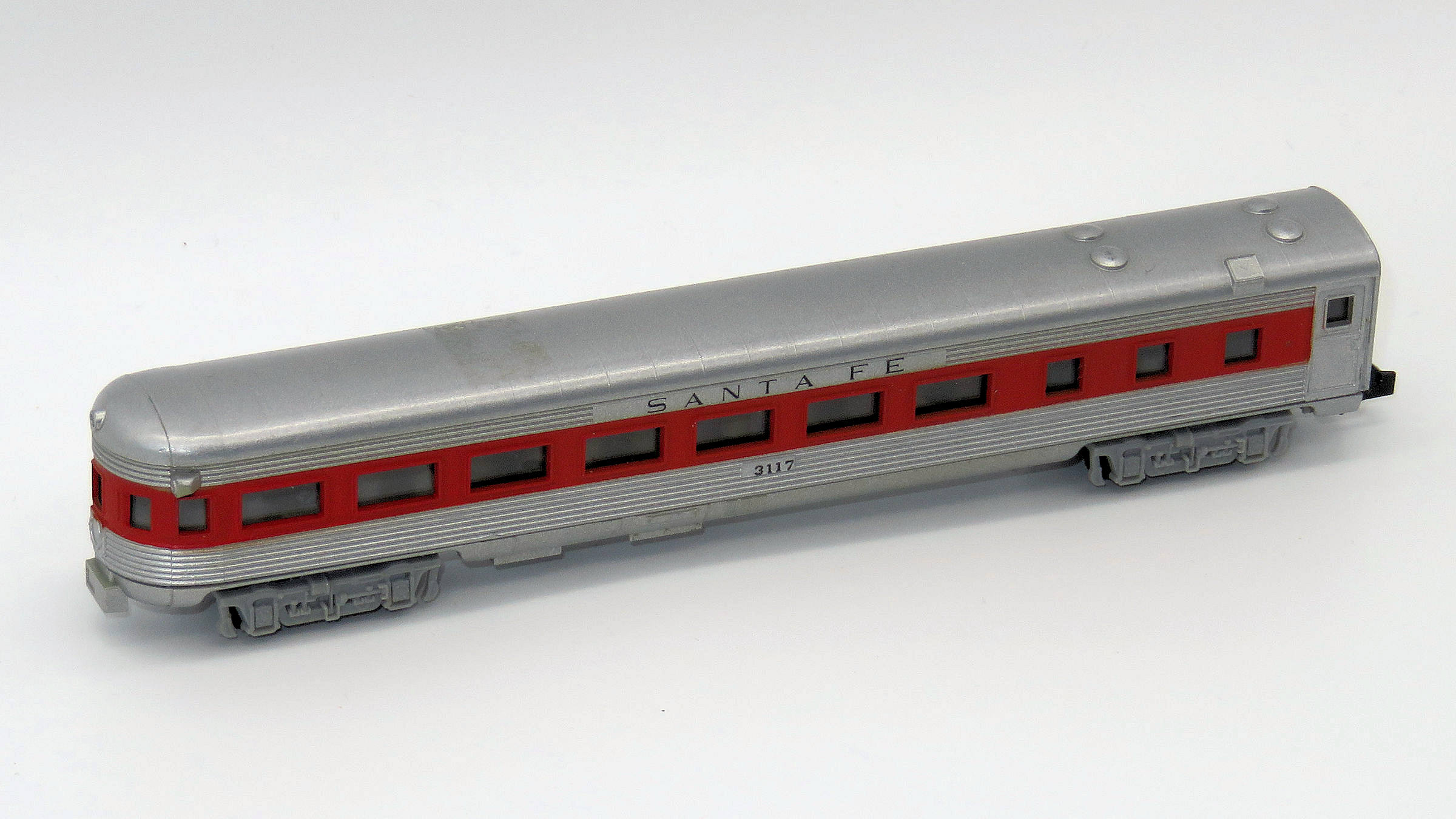 
Model Information: Unlike their line of freight cars (which were manufactured in Austria by Roco), these 73' models were actually made at Minitrix's West German factory. The line includes coach, Vista-dome and observation cars.