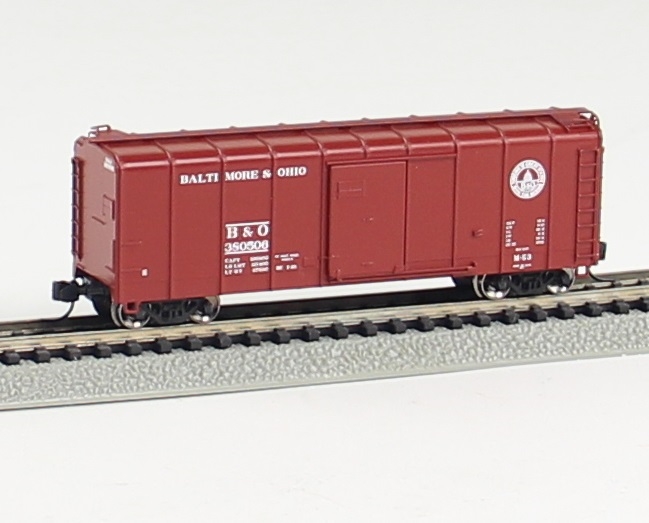 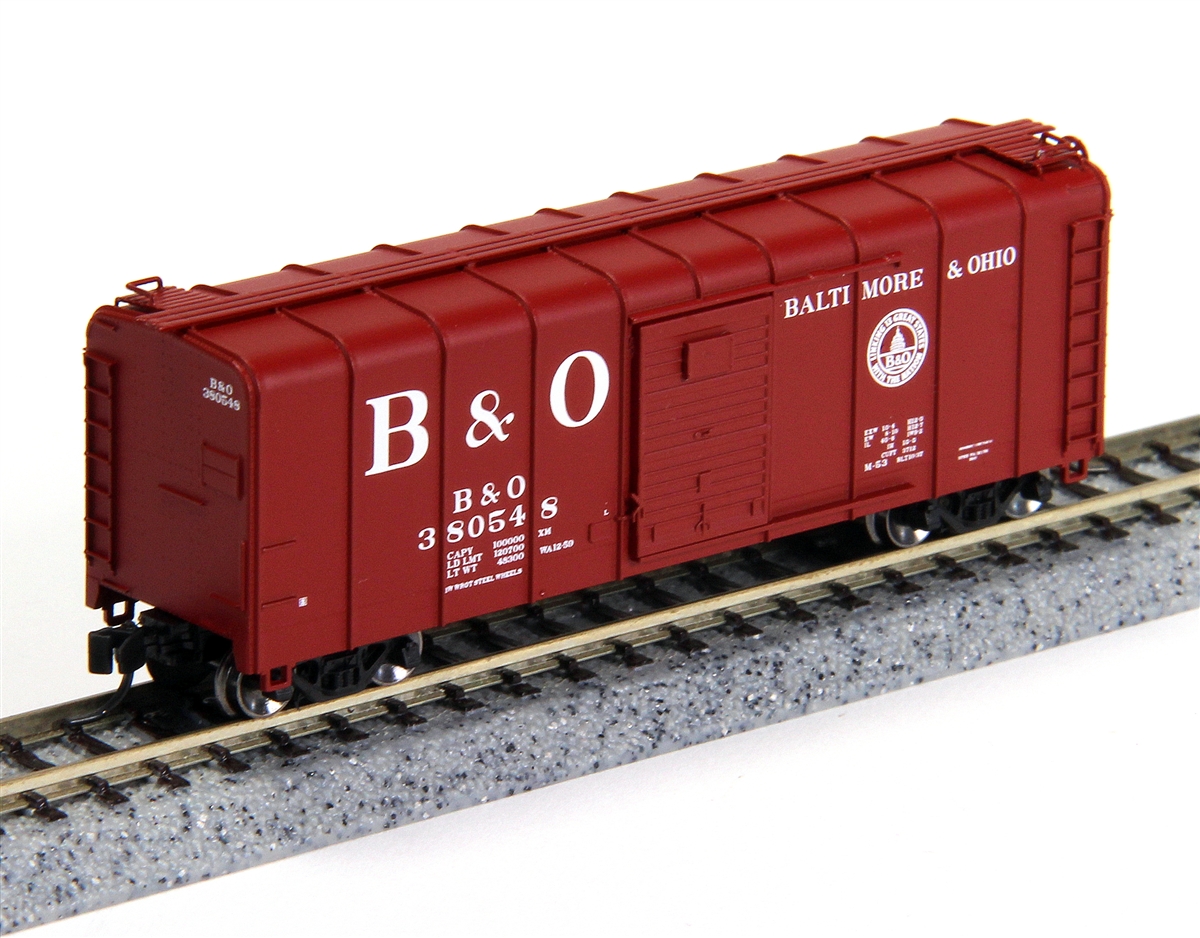 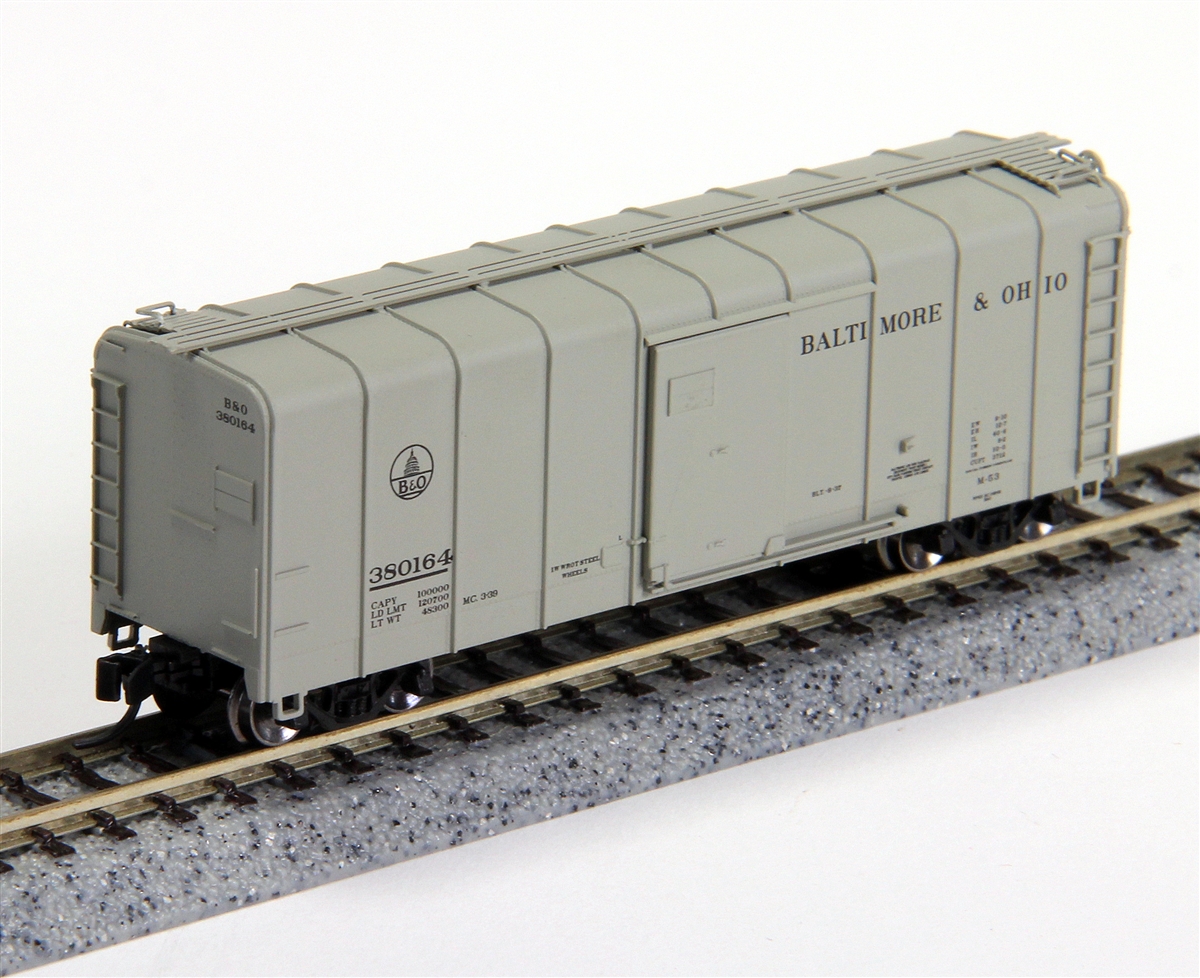 This car has some very nice separate detail parts - mainly the running board and brake wheel - but even the molded details are well-defined and correctly placed. The main components of the brake system are molded in the underframe. The detail level of the underframe in general is not as nice as many contemporary models but isn't awful either. The body-mounted couplers and Fox Valleys' renowned metal wheelsets are huge wins. The placement of the herald, large B&O lettering and other stencils matches photos of M-53 boxcars during that time frame. The minor detail discrepancies are not deal breakers. Overall the ready-to-run model provides an easy way to add this unique boxcar to an HO or N scale car fleet.