Collectors value this item at an average of 29.49 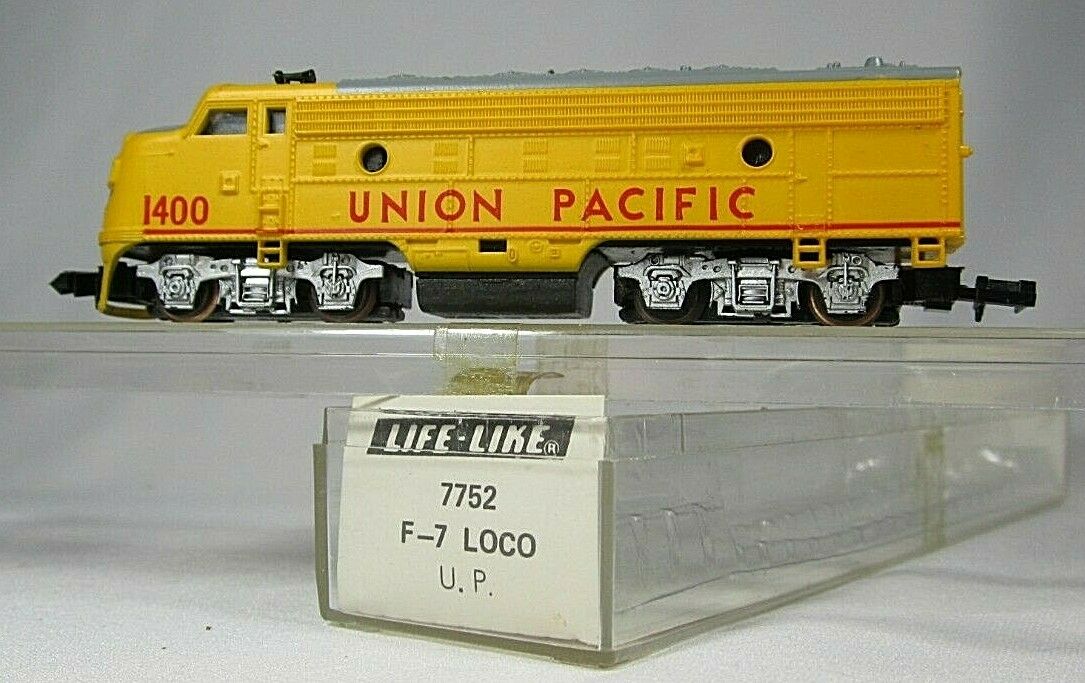 Model Information: This model was introduced by Life-Like in 1990. It is made in China and is an older design.

The model features truck-mounted rapido couplers. The shell design has all details molded in, which makes it durable, but not as elegant as later designs from 2000 on which often feature niceties such as applied grab-irons in similar models. There are no flywheels in the mechanism, but it does feature two lead slugs to give it a nice hefty weight which helps it pull. Pickup is OK but the movement can be a little jerky (did I mention the lack of flywheels?). It is fairly quiet considering the older design and it will pull 30 cars on a flat surface.

The pricing of this model was always aggressive so it can be a staple in many hobbyists collection due to affordability. Since it is not DCC-Friendly, it doesn't carry much current value.