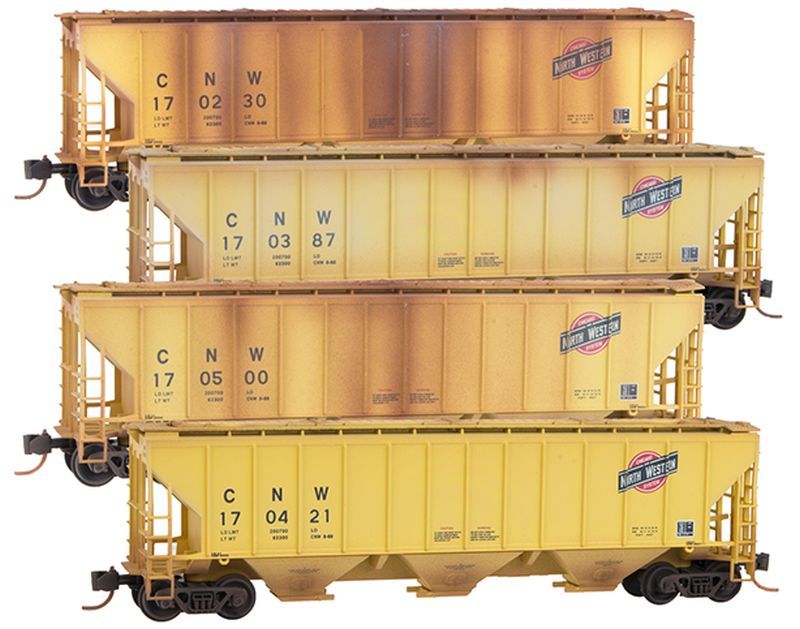 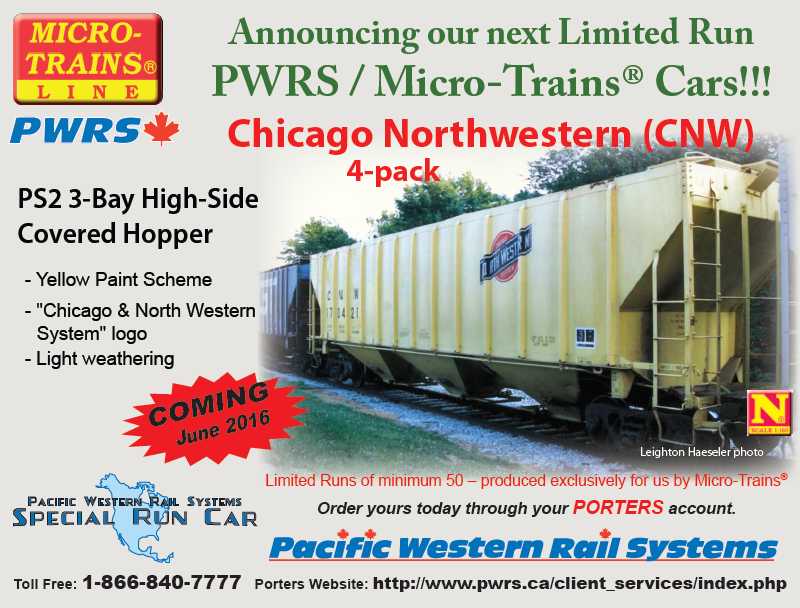 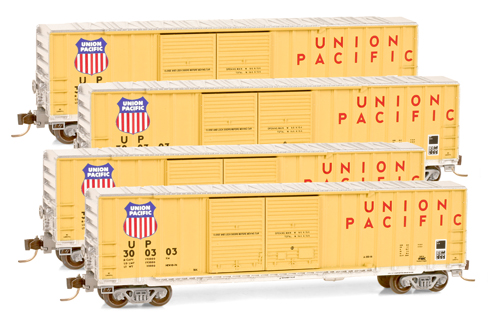 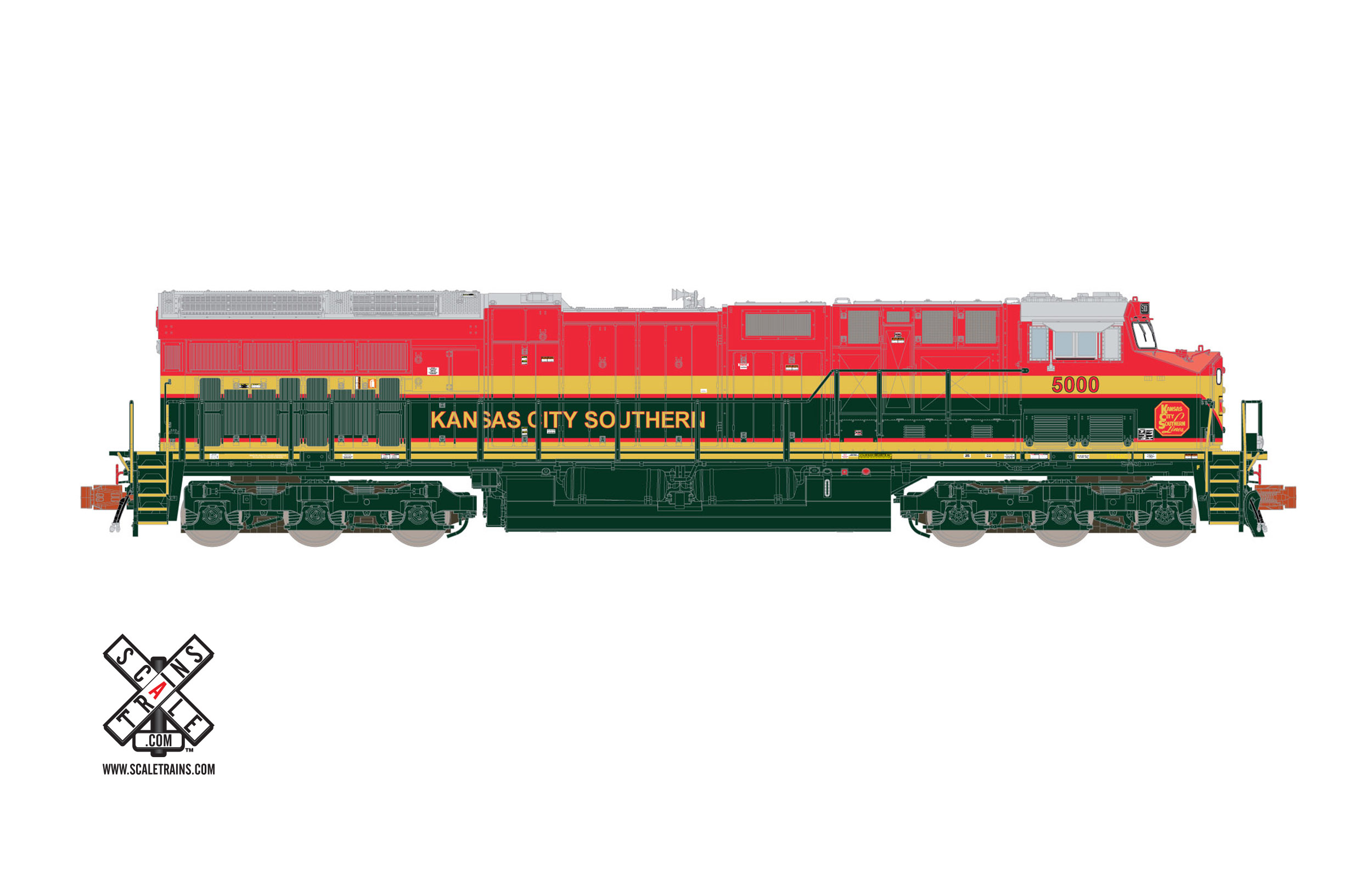 Model Information: Micro-Trains introduced this model in March of 2011. It is a model of a Pullman Standard PS-2 3-Bay Covered Hopper 3-Bay with Ribbed High Sides, rated for 100 tons of low-density material.

Pacific Western Rail Systems (Co-Op), the club in Surrey, BC, created and developed PWRS Retailing, LTD. A lot of their original business was selling limited-run cars. PWRS Retailing, Ltd. is a business. It was formed because the club's relationship with suppliers grew from a few special run cars, to ordering some locomotives for members, to helping a few friends, to the point where it was a full-time job and a large investment. Volunteer labor was not sufficient. The main owners of the business are those individual members of the club who chose to invest their own money and time in the business. The club members each own a minority interest in the store, but the club and the store are separate entities. Some of the original goals, such as developing a showcase, interactive layout with a sales point for the public, remain works in progress, and the shareholders of PWRS plan other achievements for the future of model railroading as well.
PWRS is a company incorporated in the Province of British Columbia and is owned by over 130 individual model railroaders. Their shareholders live in Canada, USA, Switzerland, England, and Australia.