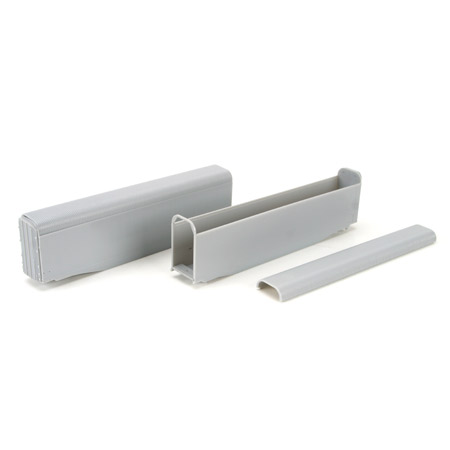 
Prototype Description: In 1999 Gunderson began production of the Auto-Max articulated auto rack car. This unique car can carry 22 SUVs on three sets of internal ramps. Pushing the operational and clearance limits of the railroad industry, the prototype is a massive car measuring over 140' long and 20' tall from the railhead.