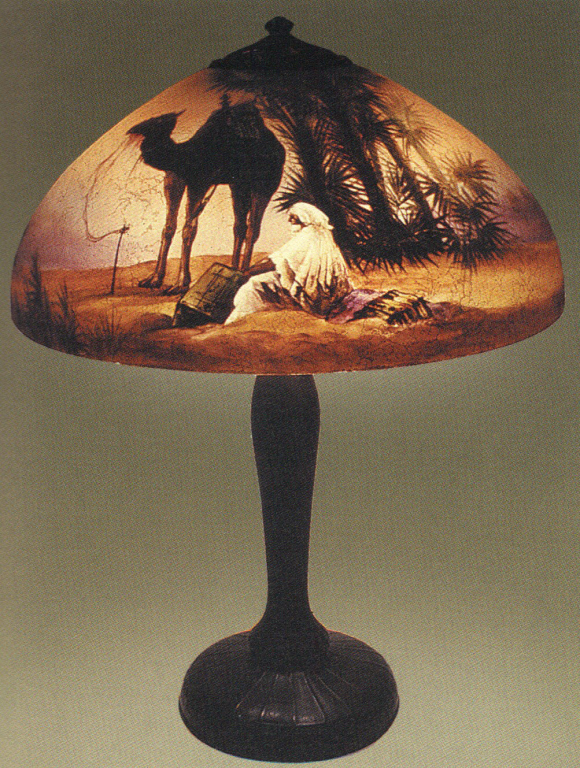 
Long Description: This Desert Shade is painted with a scene of a man and a camel in the desert with tropical trees. The traveler is dressed in white sitting on the yellow sand while the camel is tied to a post in the stand. The Arabian shade is on a bronzed metal base with a round foot molded with decorative bands.