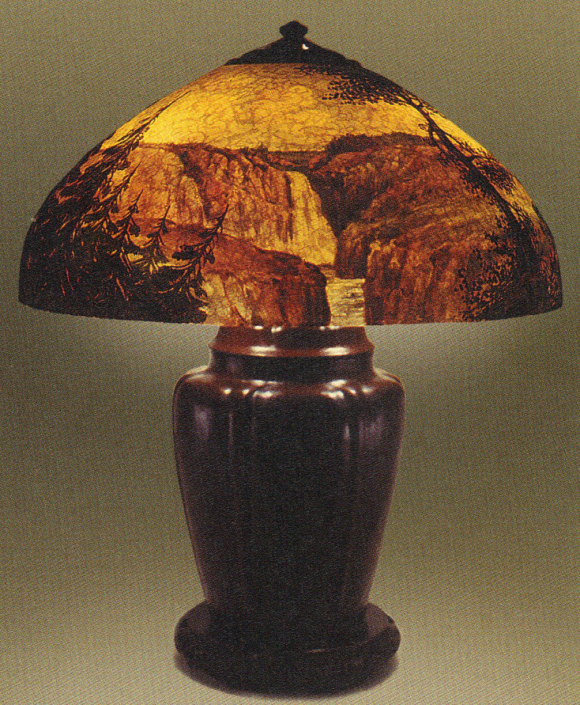 
Long Description: The Mountain Waterfall shade is decorated on the interior and exterior by a scene of rocky mountains and a waterfall. The foreground of the shade consists of green pine trees while the horizon is painted with smaller pine trees against a yellow sky. The shade is on a bronzed metal base with vertical ribs and a round pierced Chinese stand.