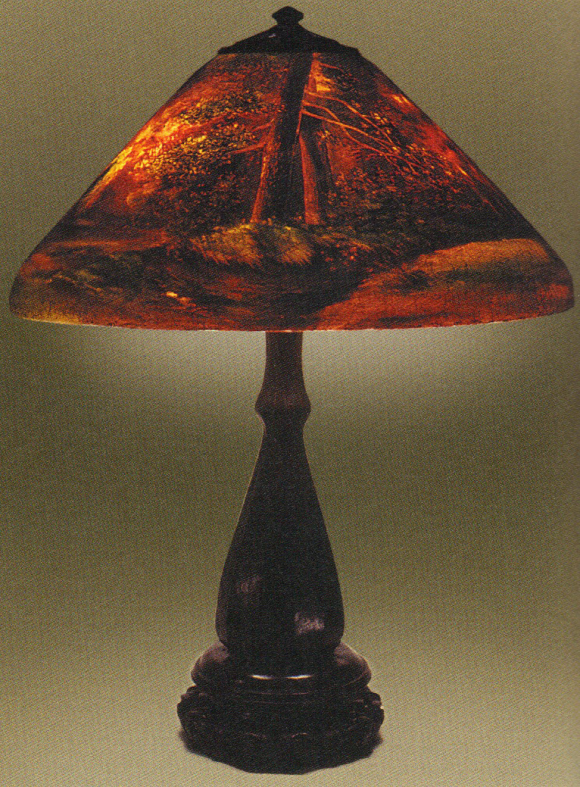 
Long Description: The Forest Brook Shade has an interesting color scheme to the design. Instead of traditional green and brown tones with an orange sky, the entire forest is painted with red and deep orange hues. The landscape consists of grass and various types of trees surrounding a small stream. The metal base is of a polygonal form with a molded pierced Chinese stand.